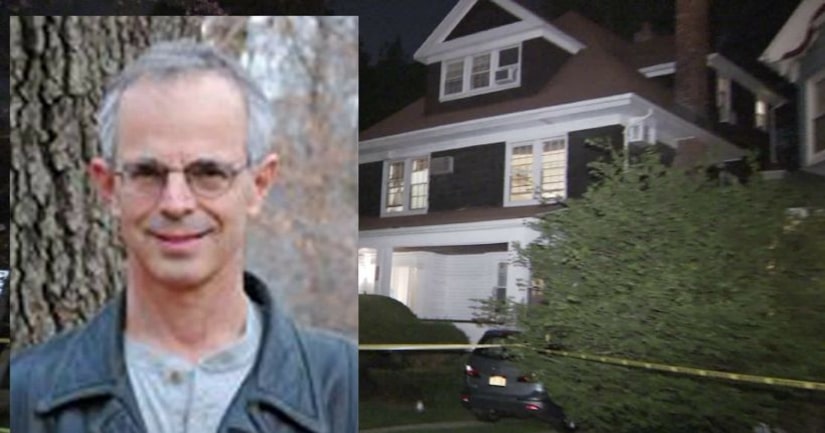 BROOKLYN, N.Y. -- (WPIX) -- An investigation was underway Tuesday after police say a professor was found dead in his Ditmas Park home, and a man found hiding in a closet with an assortment of tools, including a hammer.

Police discovered Jeremy Safran's body while responding to reports of a burglary in progress at a home on Stratford Road near Hinckley Place just before 6 p.m. Monday, officials said.

The 66-year-old's body was in the basement of his home, with trauma to the head and body, police said. Online records show Safran was a professor of psychology at the New School for Social Research and clinical professor at the New York Postdoctoral Program in Psychotherapy and Psychoanalysis.

The medical examiner will determine how he died.

Neighbors said that just prior to the incident, a strange man with Ohio plates pulled up to the house and went inside. Neighbors said a woman who lives in the house came outside with her teenage daughter, saying her husband had died.

"He was sitting in the car for three hours watching the house," neighbor Doreen Giuliano said, who told PIX11 it appeared the suspect targeted the professor's home. "I crossed the street and met her on the lawn and I said, 'There's a man in your house you need to call 911,' she said 'That's strange because my basement lights went out,' I said 'There's a man in your house,' she says 'That's strange, my husband is around here somewhere,' — while we're talking, I believe he was in there killing him."

Doreen Giuliano is the mother of John Giuca, who was convicted of second-degree murder in the death of Mark Fisher. Doreen Giuliano went undercover and secretly recorded her conversations with one of the jurors in his case to expose misconduct.