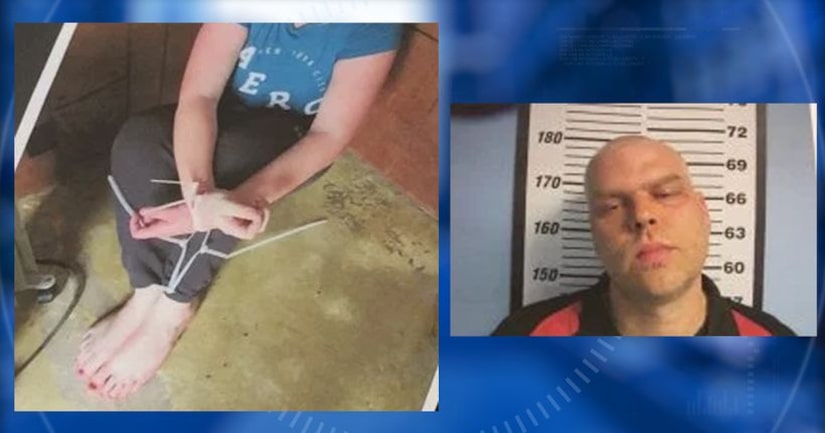 HURON COUNTY, Ohio -- (WJW) -- A New London father is accused of using large zip ties to restrain his daughter and then drag her across a parking lot.

According to New London Police Lt. Joseph Hicks. witnesses called 911 after hearing the 13-year-old screaming for help around 5:20 pm Friday outside of the New London Lanes bowling alley on W. Main Street.

When Lt. Hicks arrived he found the girl extremely upset with zip ties around both her wrists and ankles. They were connected together, similar to what's commonly referred to as "hogtied."

He says the girl had scrapes on the left side of her face and her arm. The back of her shirt was dirty with what appeared to be abrasion holes from the pavement and gravel.

Witnesses told police the father was dragging her across the parking lot.

Lt. Hicks, who is a father himself, said, “You don't ever expect to see a child treated like that.” The zip ties were so tight special “safety cutters” were necessary to remove them.

“The restraints were so tight they were cutting off circulation,” said Lt. Hicks. “She basically could not stand up or move if she wanted to.”

The teen was transported to Fisher Titus Medical Center in Norwalk, where doctors found additional injuries on her body that she said came from being “whipped” with a belt.

After being treated and released from the hospital, the girl was placed in foster care.

Her father John Hofacker, 39, was arrested and charged with unlawful restraint.

The law director will review the case and determine what additional charges should be filed.