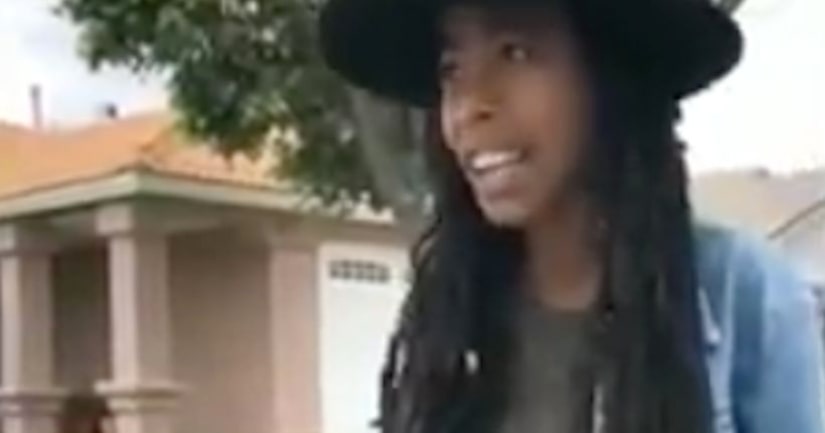 RIALTO, Calif. -- (KTLA) -- At first, Kelly Fyffe-Marshall's stay in Rialto was ending pretty normally. She and her four friends — three of them black women — checked out of their Airbnb rental and dragged their luggage to their vehicle.

Then things got weird.

Seven police cars showed up. The neighborhood was seemingly locked down.

Then things got scary.

The police told Fyffe-Marshall and her friends to put their hands in the air, and then informed them a helicopter was tracking them.

Why all the commotion?

Someone had called the police on them, thinking they might be burglars.

“A neighbor across the street saw 3 black people packing luggage into their car and assumed we were stealing from the house. She then called the police,” Fyffe-Marshall wrote. “At first we joked about the misunderstanding and took photos and videos along the way. About 20 minutes into this misunderstanding it escalated almost instantly.”

A police sergeant showed up, Fyffe-Marshall says in her account, and said he didn't know what Airbnb was. The group showed the police their booking confirmations and phoned the home's landlord to convince police they were telling the truth.

The entire episode lasted a frustratingly long 45 minutes, she said.

“We have been dealing with different emotions and you want to laugh about this but it's not funny,” she wrote. “The trauma is real. I've been angry, frustrated and sad. I was later detained at the airport. This is insanity.”

FULL STORY: Black women swarmed by police while checking out of Airbnb in Rialto after neighbor reported them as burglars - KTLA