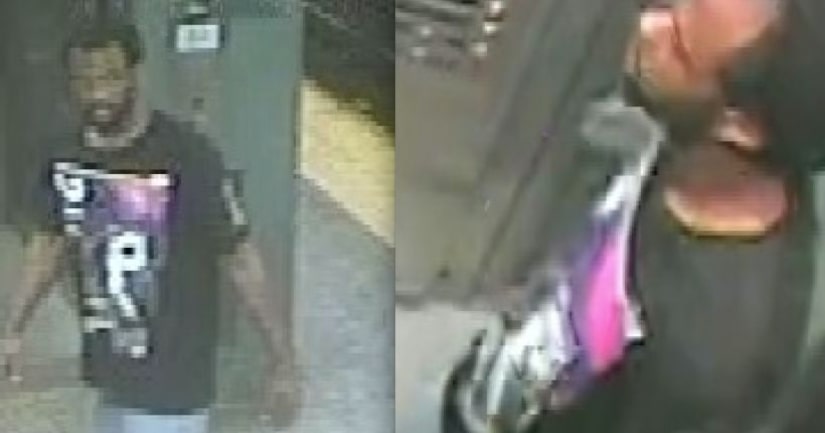 NEW YORK CITY -- (WPIX) -- Video was released Monday of a man sought in an attempted rape of a woman inside her Inwood building, police said.

The victim, a 34-year-old woman, was walking home near Broadway and West 215th Street, Sunday round 5:40 a.m. when police said she was attacked.

The man approached the woman from behind, reached his hand under her skirt and places his hand over her mouth as she opened the gate to her building, police said.

The victim screamed and fought to free herself, according to police.

She managed to then run in her building and lock the door behind her, police said.

The man fled, and the assault is being investigated as an attempted rape, according to police.