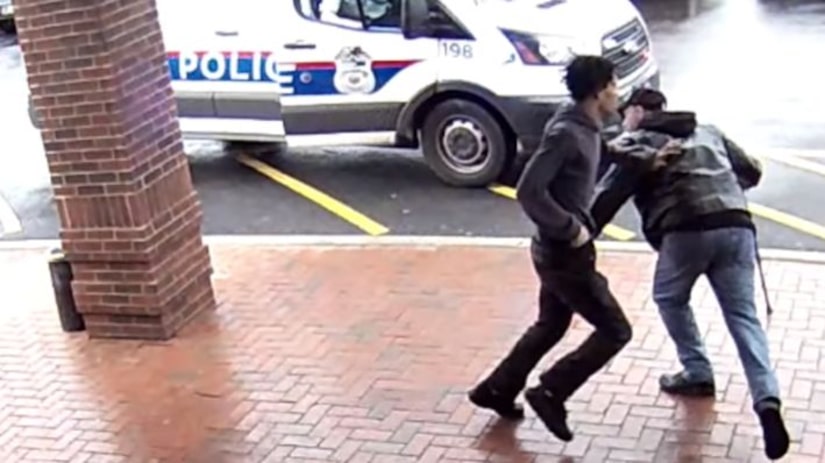 On Thursday, the Columbus Division of Police posted video on YouTube of the April 3 incident.

The brave bystander, a man identified only as “Bill,” had gone to the library with his granddaughter and was waiting to leave when he heard police sirens, according to the video's description.

“I figured OK, this is a chase,” Bill recalled when suddenly he saw the suspect and heard officers yelling, “Gun, gun, gun!”

“I saw who you guys were chasing and I could see he was holding something in his waistband but he had a pretty good lead,” Bill told police. “So I got in his way to slow him down.”

Surveillance video shows Bill, cane in hand, back up a few paces to get closer to the suspect, then extend his leg behind him, sending the other man sprawling.

Police said the teen was armed with a Glock 9 mm pistol with an extended clip. The department thanked Bill “for sticking your leg out for us” and added that the move may have saved the 18-year-old's life in the process.

Officers arrested the 18-year-old and took him to Franklin County Jail, according to WCMH.