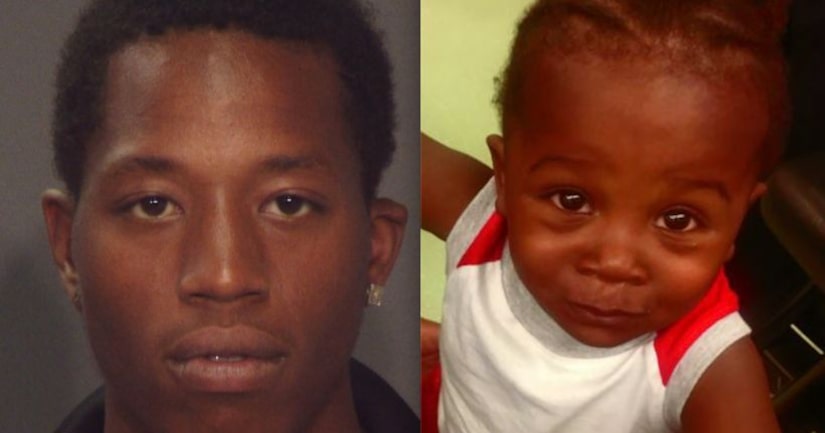 NEW YORK CITY -- (WPIX) -- Police are searching for the ex-boyfriend of a woman whose baby was found alone in front of a Harlem building Thursday morning.

It was reported to police that at around 10:37 a.m. a man put the toddler inside of the building's foyer and placed a table across the opening to prevent the child from getting out.

The man, later identified as 22-year-old Antonio A. Staton, the ex-boyfriend of the child's mother, walked to the adjacent building and placed a bag full of diapers inside of a garbage can.

He continued walking westbound on 132nd Street and at the corner of Eighth Avenue, he discarded his sweater. He was last seen walking northbound on Eighth Avenue, police say.

A woman, who did not want to be identified, spoke to PIX11 about finding the little boy. She said she opened her storm door and noticed the child, scared and alone.

"He had only been there about 30, or 40 minutes, because my husband had just left to go to work," the woman said. "It put its arms up to me, and you know, was whimpering. And I picked it up and said, 'it's ok.'"

The woman said she called police right away.

Detectives say Staton picked up the boy from daycare without telling his mother, then left him alone in the enclosure of the building.