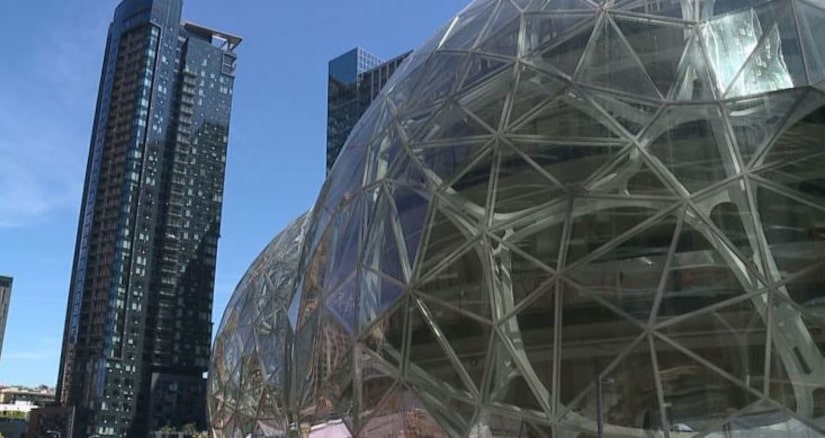 SEATTLE, Wash. -- (KCPQ) -- A 21-year-old Tacoma woman who was arrested on May Day for allegedly throwing a rock at the Amazon Spheres has been released on personal recognizance after a judge found probable cause that she committed malicious mischief.

The Seattle Times reported Wednesday that the suspect was initially described by police as a masked man, but court records show she identifies as a woman.

Probable cause documents say she is accused of throwing a “hard object” at the Spheres in downtown Seattle, which created a four-inch scratch in one of the glass panes...

The documents say witnesses at the scene photographed the incident and identified the woman to police.