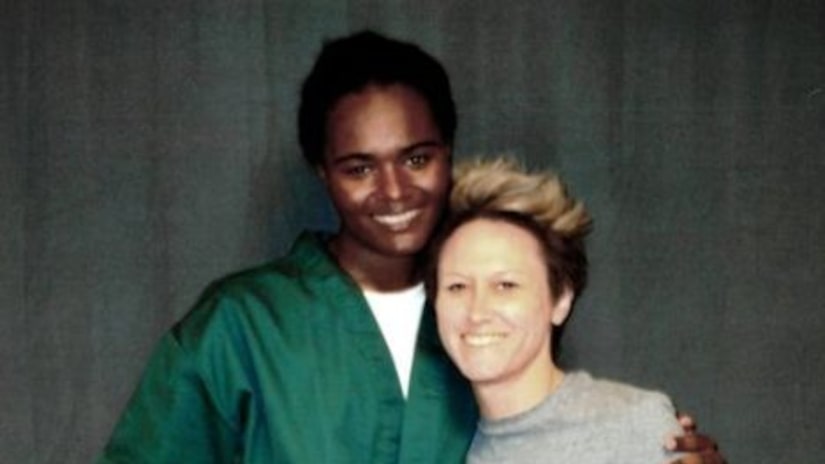 DENVER -- (KRON) -- A transgender inmate who is suing Colorado's corrections agency says she was raped at a men's prison hours after a federal judge denied her request to block the prison from keeping her in a disciplinary unit, according to court records and the woman's attorney.

Lindsay Saunders-Velez filed a lawsuit in July saying she has been threatened, harassed and assaulted since entering Colorado's prison system last spring for violating her plea deal in a menacing case. She called the state's prisons “discriminatory and dangerous” for transgender offenders.

Last month, her lawyers asked a judge not to send Saunders-Velez to the Territorial Correctional Facility's “punishment pod” for a disciplinary infraction, saying she could end up with inmates who had tormented her. The judge said the attorneys failed to prove an imminent risk, and rejected their request .

Saunders-Velez, 20, was attacked in the pod and spent more than a week in the infirmary before being moved back to a housing area of the Canon City prison this week, her attorney Paula Greisen said.

Her case illustrates the threats and abuse transgender people face in prisons around the U.S., Greisen said.

“This issue is not going to go away,” she said. “We're going to fight it until these individuals are treated with the respect they deserve.”

Federal law requires prison officials to individually assess where to house each transgender person, but almost all correctional facilities still house transgender inmates based on genitalia or the gender assigned at birth, said Demoya Gordon, an attorney with Lamba Legal's Transgender Rights Project.

As a result, most transgender women are housed among men, and they often are harassed, abused or raped, Gordon said.

The Associated Press requested information about the Colorado Corrections Department's policies for transgender inmates and about supervision within different areas of the prison.

Agency spokesman Mark Fairbairn said he could not comment on ongoing litigation. He later provided sections of the department's policies that permit transgender offenders to receive sports bras and instruct staff that intentional misuse of gender pronouns is prohibited.

Saunders-Velez entered Colorado's foster care system as a child, then spent years in its youth corrections system, according to her attorneys and court records. She worked with the American Civil Liberties Union of Colorado to reach a settlement expanding transgender juvenile detainees' rights.

The youth agency's policies now require that a team individually assess any offender who identifies as transgender to decide which gender they should be housed with. Saunders-Velez spent the final years of her youth corrections sentence among other female detainees, Greisen said.

She entered Colorado's prison system after being sentenced in May to three years for violating the terms of a plea agreement on a felony menacing charge.

The problems with other prisoners soon began, her lawsuit says.

According to court records, male inmates frequently pulled down a privacy screen shielding Saunders-Velez from view as she used the bathroom in her cell. She said other prisoners threatened her, and in December she reported an inmate sexually assaulted her during a brief transfer to another Colorado prison.

“To escape,” Saunders-Velez swallowed razors and was sent to a hospital before being reassigned to Territorial, her attorneys said.

In July, Saunders-Velez filed a handwritten complaint arguing her right to protection against cruel and unusual punishment was violated. The AP does not typically identify people who say they are victims of sexual assault unless they grant permission, as Saunders-Velez has done.

Saunders-Velez wrote that she “has been out as a trans female since age 4” and was diagnosed with gender dysphoria in 2016 while in the youth corrections system. She began hormone treatments in 2017, and wrote that she soon developed a “feminine shape.”

Saunders-Velez represented herself until late April, when Greisen and another attorney, Meredith Munro, took her case for free.

According to court records, state officials told the attorneys Saunders-Velez was being moved to a punishment pod for 30 days for kissing a male inmate, a claim Saunders-Velez denies.

Her attorneys asked a judge to order that Saunders-Velez be moved back to her previous cell. They argued several inmates who may have been assigned to the pod previously threatened Saunders-Velez.

In an April 20 order denying the request, Chief Judge Marcia Krieger said the attorneys didn't prove a risk of “imminent and irreparable injury” or show the pod was less supervised than other parts of the prison.

Krieger also wrote that she was unwilling to substitute her judgment for corrections' officials on how to handle discipline and inmate security. A court spokesman said Wednesday the judge would not comment on ongoing litigation.

According to medical records provided to the AP, Saunders-Velez was taken to a hospital with rectal and other injuries the day after Krieger issued her order. A nurse who examined her noted the inmate accused in the assault might be HIV positive and use intravenous drugs. That person was not named.

About 3,200 inmates in America's state and federal prisons identified as transgender in 2012, according to the latest available data from the Bureau of Justice Statistics . About 40 percent of transgender inmates reported being a victim of abusive sexual contact by another inmate or a staff member, compared with an estimated 4 percent of all state and federal prisoners.