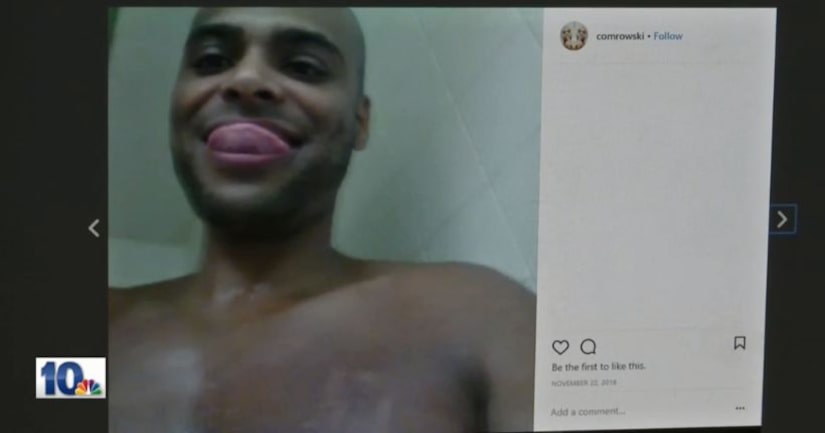 CRANSTON, R.I. -- (WJAR) -- A man being held on a murder charge posted photos and videos of himself on social media from inside Rhode Island's mental hospital.

Matthew Komrowski, a psychiatric patient at Eleanor Slater Hospital, uploaded videos and images on Instagram, including clips of him in the shower.

On one of the accounts, the first post was made in November 16, 2016, and the last post was on January 9, 2017. The account includes selfies of Komrowski, as well as videos of him singing rap and love songs.

Sexually explicit images are also posted on the account, which has not been removed. The other Instagram account featured 10 posts from the same day in November 2016.

“This specific issue was addressed by hospital leadership back in 2017, at the time of the last posting to this account,” Jenna Mackevich, a spokeswoman for the Department of Behavioral Healthcare, Developmental Disabilities and Hospitals, , said in a statement.

Mackevich wouldn't comment on how Komrowski was able to obtain a cellphone, or other device, to post on social media, or why it took the department almost two months to learn of the posts on one of the Instagram accounts.

“As a matter of policy, our psychiatric patients are not allowed access to cell phones or the internet while they are in the hospital,” Mackevich said.

Komrowski is being held at Eleanor Slater Hospital for the murder of his girlfriend Shirley Donnelly in June 2011. Police said he set her Cranston apartment on fire to cover up the crime. He was transferred to the hospital after a judge determined he was incompetent to stand trial.

The advocate for the victim's family told NBC 10 the images and videos on Instagram show Komrowski is competent.

“This doesn't feel like the behavior of someone who's mentally incompetent. It feels like one flew over the cuckoo's nest,” said Carolyn Medeiros of Alliance for Safe Communities.