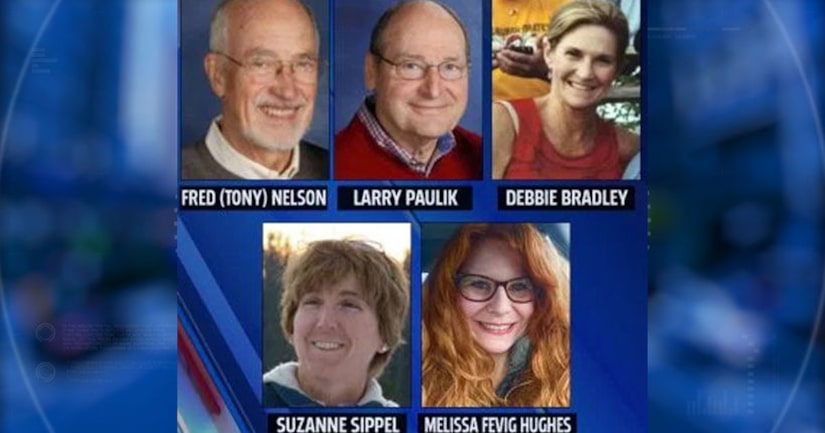 KALAMAZOO, Mich. -- (WXMI) -- A jury has found Charles Pickett Jr. guilty of 2nd-degree murder for a crash that killed five bicyclists in June 2016.

Pickett was found guilty on all five counts of 2nd-degree murder. He was also convicted of several other offenses, including driving while impaired causing death. In total, Pickett was convicted on 14 charges.

The jury spent just half of a day deliberating. The prosecution had called dozens of witnesses and experts, but the defense called none and based their argument that the crash did not amount to murder, but to reckless driving.

Pickett was driving his pickup truck erratically through Kalamazoo County on the night of June 7, 2016, when he plowed into a group of bicyclists. Five were killed and four were injured.

Investigators found that Pickett had painkillers and methamphetamine in his blood system at the time of the crash. The prosecutor said that Pickett should have known that driving with the drugs in his system would have been dangerous to himself and others.

Pickett will be sentenced at a later date. He faces a sentence of life in prison.