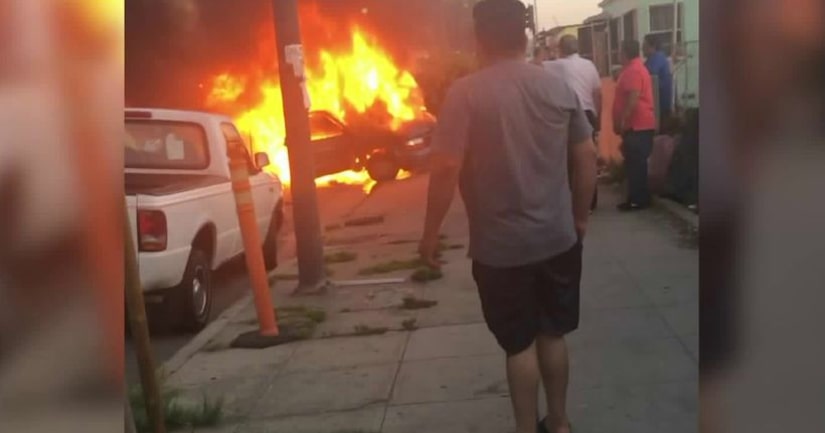 LOS ANGELES -- (KTLA) -- The driver of a vehicle involved in a fiery crash in South Los Angeles that killed a man and two children under 10 has been arrested on suspicion of DUI and vehicular manslaughter, LAPD officials said Sunday.

The driver, identified as Jose Garcia, was the solo occupant of the other vehicle in the Vermont Knolls crash.

The crash occurred just before 8 p.m. Saturday near 744 West 76th Street, the Los Angeles Fire Department said in an alert.

Garcia, 30, was driving a Nissan Xterra and apparently speeding north on Hoover Street when he ran a red light and crashed into a Dodge Caravan with five people inside heading west on 76th Street, Sgt. Minh Nguyen told KTLA.

Both vehicles were engulfed in flames by the time firefighters arrived and screams could be heard from inside at least one of the vehicles.

A 34-year-old man, a 6-year-old girl and an infant, died at the scene. They have not been identified.

A 33-year-old woman and a 9-year-old boy were taken to a hospital in critical condition, Los Angeles Police Department officials confirmed Sunday.