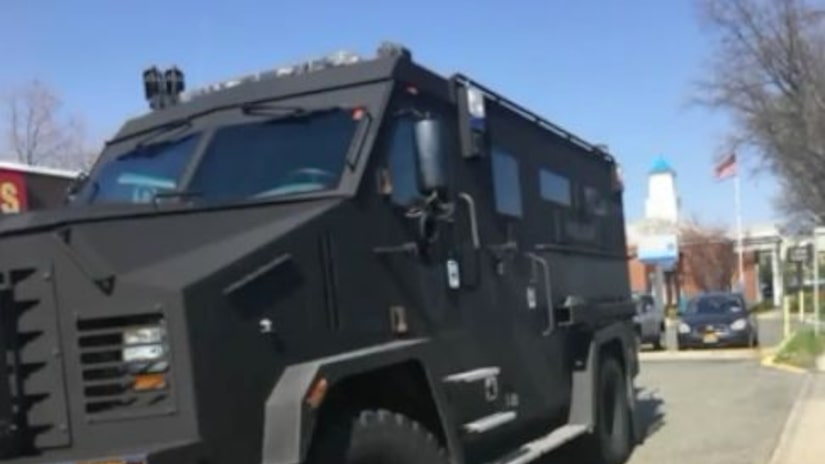 CARLE PLACE, N.Y. -- (WPIX) -- A woman was on her way home from the dog park with her boyfriend when she says a Port Authority armored vehicle rammed into her car Saturday.

Samatha Giarratani's boyfriend was driving west on Old Country Road in Carle Place in the right-hand lane when a Port Authority armored tank, which was being escorted by an SUV, rammed into them, she said.

"As we started going, the tank, it was changing lanes, it was speeding up and coming into us," Giarratani said.

She was holding her mini husky at the time, Giarratani said. They pulled into a strip mall parking lot to get away and the Port Authority armored vehicle driver followed them into the lot, ramming them again.

"Why were you hitting us? Why wouldn't you stop? He had no answer for us," Giarratani said. "He just ignored us."

More than 24 hours later, the New Hyde Park woman is still terrified. She and her boyfriend were checked out at an urgent care on Sunday.