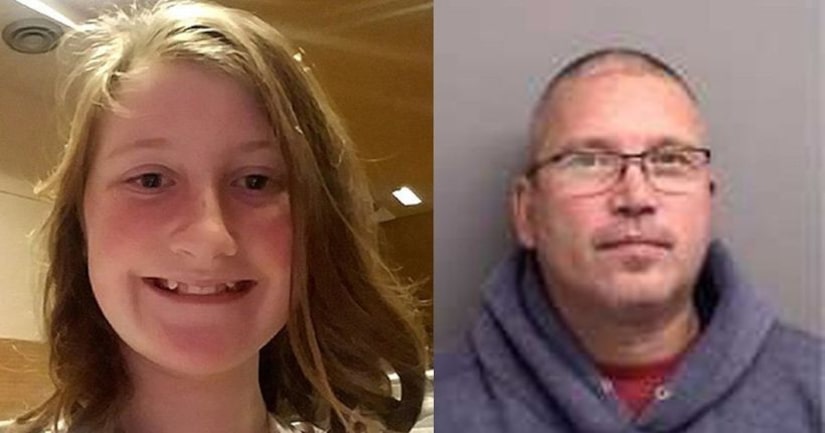 The Colorado Bureau of Investigation issued an Amber Alert for 12-year-old Raeanna Rosencrans on Wednesday night.

Haskin is Rosencrans' stepfather. However, he does not have parental rights to her. He is described as a white male who is 6 feet tall and weighs 215 lbs. He is balding, has brown eyes and wears glasses.

Haskin is a registered sex offender and currently has a warrant for his arrest for sex assault on a child.

She was last seen wearing black jeans, a black shirt with white designs and Adidas shoes. She had a black and white backpack with Southwest designs.

Police said Raeanna is developmentally delayed but otherwise is high-functioning.

Rosencrans was last seen about 3 p.m. walking home from school with a friend after being dropped off by the school bus in the area of D 1/2 Road and Larry's Meadow, the Grand Junction Police Department said.

On Wednesday, police said they were looking for a green sedan. Witnesses said Raeanna entered that car willingly. The vehicle was recovered in Rifle. However, authorities said the circumstances about who was driving and how the car got there are being investigated.

Police are no longer looking for the green sedan. They also said while there was some question as to whether a motor home in a Wal-Mart parking lot in Rifle was connected to the incident, there is no association.

Police believe Haskin is likely no longer in the Grand Junction area.

“We are working with the Colorado Bureau of Investigation to update the Amber Alert to reflect these developments. If anyone has any information that could be valuable to this case or could aid us in locating Haskin, please call 911 immediately,” Grand Junction police said.