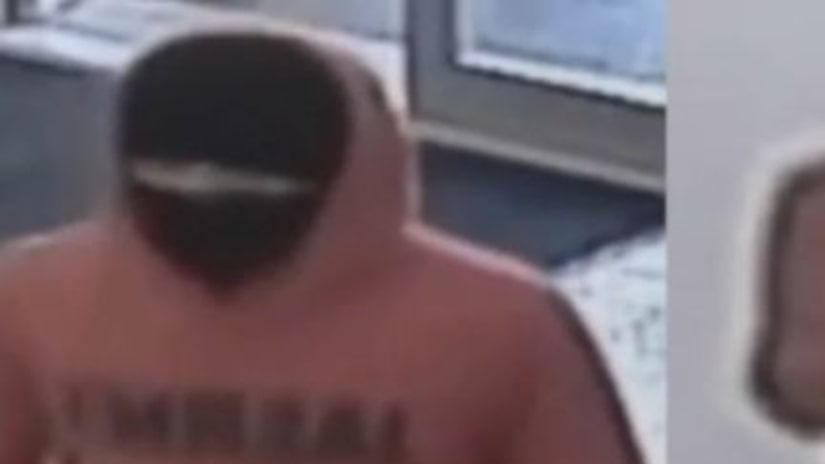 THE BRONX, N.Y. -- (WPIX) -- The NYPD is searching for a man who placed his victims in a chokehold in two robberies that were committed in the same Bronx apartment building.

Police released surveillance video of the most recent incident. It happened on April 12 in a building located near the intersection of Third Avenue and East 167 Street.

A man approached a 68-year-old man with a walker from behind, placed him in a chokehold and dragged him to the building's staircase. The man took the victim's wallet, which contained $300, and cell phone from his pockets and fled on foot north on Third Avenue.

Cops believe the same man committed a similiar robbery on Feb. 4 in the same building. He placed a 48-year-old man in a chokehold and took the victim's wallet and cell phone, according to police.

The man is believed to be about 6 feet to 6 feet and 1 inch tall and was last seen wearing a black knit cap or a balaclava, a red or orange hooded sweater with black writing on its chest, black sweatpants and multi-colored sneakers.