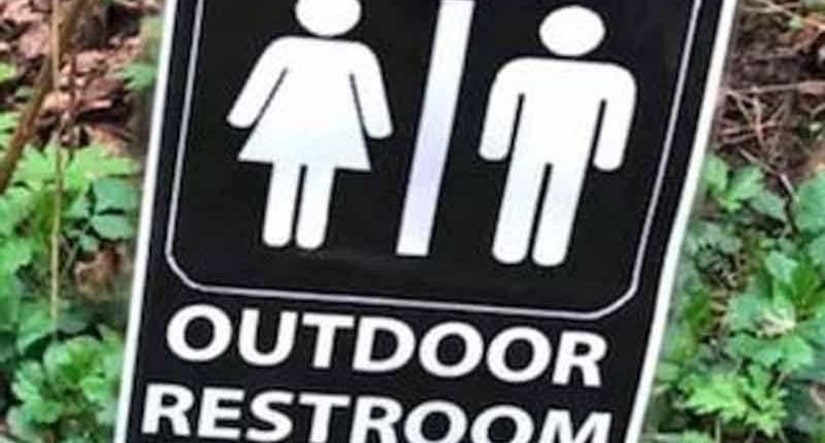 PORTLAND, Ore. -- (KCPQ) -- A woman says she was lured into the woods last weekend after following a fake “outdoor bathroom” signs on the Leif Erikson Trail in Forest Park.

She didn't want to be named, but told KPTV she was startled by a man she encountered behind a tree in the area where she was looking for a restroom.

The woman said she screamed and called for her husband, but the man didn't flinch. That was an indication to her that something wasn't right.

“It's scary because, you know, like I've seen one of him but how many of them have seen us out in nature?” she said.

The Portland Parks & Recreation spokesperson, Mark Ross, says park rangers tried to track down the laminated sign and the man on Saturday, with no luck.

They increased patrols in the area and, as a result, found the sign on Thursday morning and the man police say admitted to posting it.

“It's the creepiest thing that's ever happened to me, and a lot of people I know are always outside doing what we do,” the woman, who encountered the man on Saturday, said.

Park rangers say they also called Portland police for backup on Saturday. They asked the man to come out of the woods once they found him, but he ran off.

Rangers say they staged at all possible exits and spotted him leaving in his vehicle.

Soon after, police say they spotted the man and he let officers search both his cellphone and vehicle.

While the man was not charged with any crime, rangers did issue him a park exclusion for six months.

“I definitely keep pepper spray on me, always,” said Maddie Woodson, who was trail running. “You just never know. If you're out there in the forest by yourself, you have headphones in, you're just not aware, it's definitely important for people to think about.”

“We made the decision to call and take photos. I think it's just like, if you see something say something,” said the woman who encountered the man last weekend.

The man's face is not being shown because he has not been charged with a crime. However, police say since he is banned from Forest Park, he would be trespassing if found there now.

Officers say the behavior is concerning to community members and will be working with the Parks Bureau in responding to the incident.

FOX 12 spoke to the man's mother, who says her son is getting help.