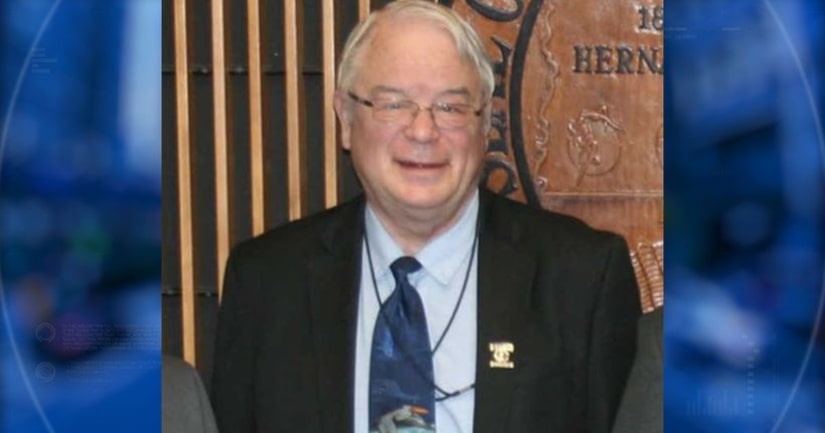 HERNANDO COUNTY, Fla. -- (WPTV) -- Deputies arrested a 71-year-old Hernando County Commissioner on Thursday for allegedly hiring a prostitute and letting his home be used as a house brothel.

In February, deputies were called to the home of Hernando County Commissioner Nick Nicholson because his roommates, 30-year-old Valerie Surette and 32-year-old Kendel Surette were involved in a domestic dispute.

While in the home deputies found drug paraphernalia. Nicholson was home at the time and claimed to be unaware of the drugs that he said belonged to his roommates.

During the investigation Kendel Surette admitted to deputies that his wife, who is a former stripper, has sex with Nicholson on Tuesdays and Saturdays in exchange for rent and food.

He also told deputies Nicholson pays Valerie Surette $300 a week for the sex and allows his wife to bring “customers” into the home for sex.

Following a two-month-long investigation, deputies arrested Nicholson for one count of owning a home for the purpose of prostitution and two counts of engaging in prostitution. His bond is set at $3,000.

A former political supporter of Nicholson's said he is disappointed.

"I feel badly for Nick and his family, but as a citizen I'm angry, he's let us down," said Forrest Bennett.

Hernando County Government sent out this message: "This is a personal legal matter for Mr. Nicholson; therefore, the Hernando County Board of County Commissioners nor its staff, will provide a statement on this subject at this time."

Scripps station WFTS in Tampa reached out to other Hernando County Commissioners for comment.