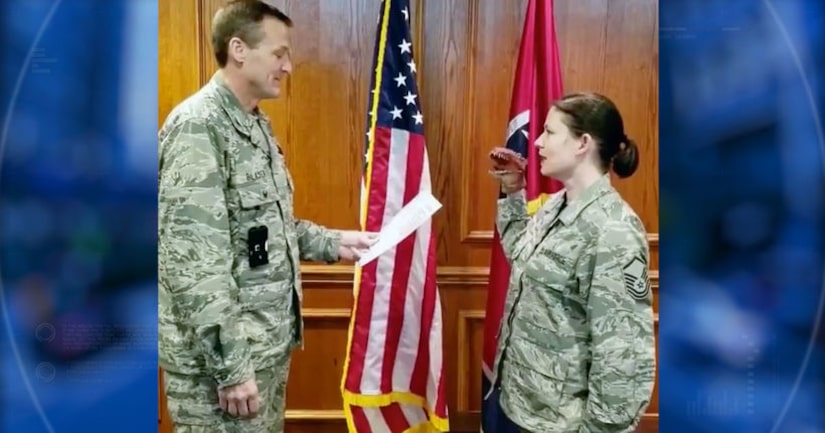 NASHVILLE -- (WZTV) -- A Tennessee guardsman has been removed from her position and is facing administrative actions after a video shows her using a dinosaur hand puppet to take an oath to re-enlist.

The Tennessee Air National Guard investigated the video posted on Facebook that has received major backlash and more than 2.4 million views.

As a result of the investigation, the guardsman was removed from her full-time position with the Tennessee Joint Public Affairs Office and other administrative actions are underway.

The Colonel administering the oath was immediately retired at the rank of Lt. Colonel and the Senior NCO who recorded the event has been removed from his position as a unit First Sergeant and has received an official reprimand.

FOX 17 News reached out to the Tennessee National Guard on Wednesday. A spokesperson for the Tennessee Military Department said its concluding its investigation and more is expected to be released later in the day.