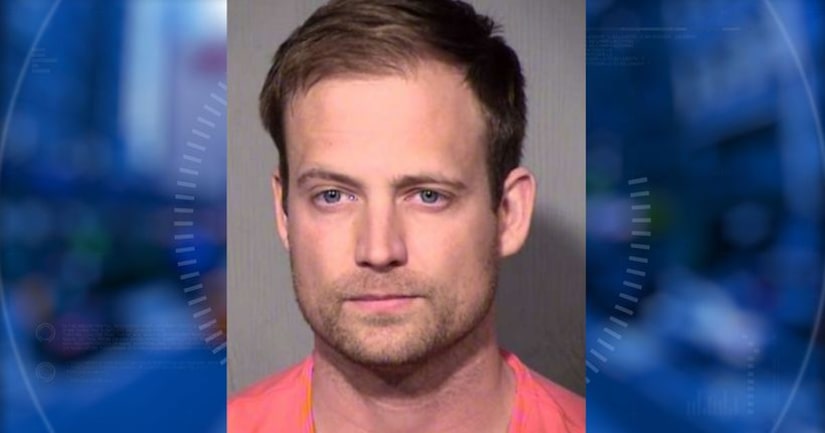 SCOTTSDALE, Ariz. -- (KNXV) -- A woman alleges she was slammed to the ground and strangled while on a recent vacation in Scottsdale.

Scottsdale Police report that on April 13 they were called to a bed and breakfast near Scottsdale Road and Shea Boulevard.

A woman contacted them after allegedly being attacked by her boyfriend 31-year-old Nikolas Steven Hahn Petersen.

The Iowa couple got into an argument when Petersen, who is 6'2" and 185-pounds, picked up the woman by the neck and slammed her to the ground "like John Cena."

Petersen then allegedly put his knee on her chest and used one hand to cover her mouth and nose and the other hand to squeeze her neck.

At one point the woman begged for her life saying, "I'm pregnant with our child."

Police say a passerby heard the commotion and came to the door as the woman got free. The passerby and his son confronted Petersen ordering him to give the woman her phone.

Petersen then fled but was located and arrested at Sky Harbor International Airport. He reportedly changed his return flight to Iowa and was about to depart.