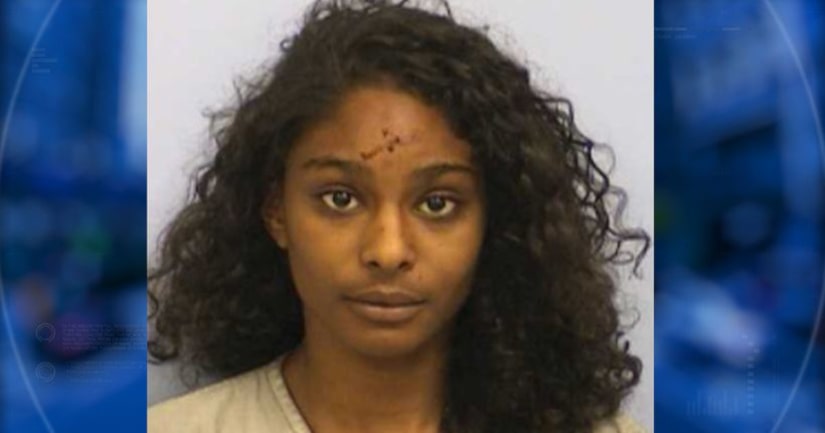 AUSTIN -- (KXAN) -- A woman is accused of biting off her boyfriend's ear at a motel in southeast Austin early Tuesday morning.

Police responded to a disturbance call at 3:34 a.m. and found a shirtless, bleeding man and a woman outside the Super 8 Motel at 3120 Montopolis Dr. The man "was holding his whole left ear in his hand as he was walking towards me," the officer wrote in the arrest affidavit.

The victim told officers they had been play fighting and "one thing led to another" and she bit his ear off. He was taken to the hospital to have his ear sewn back on.