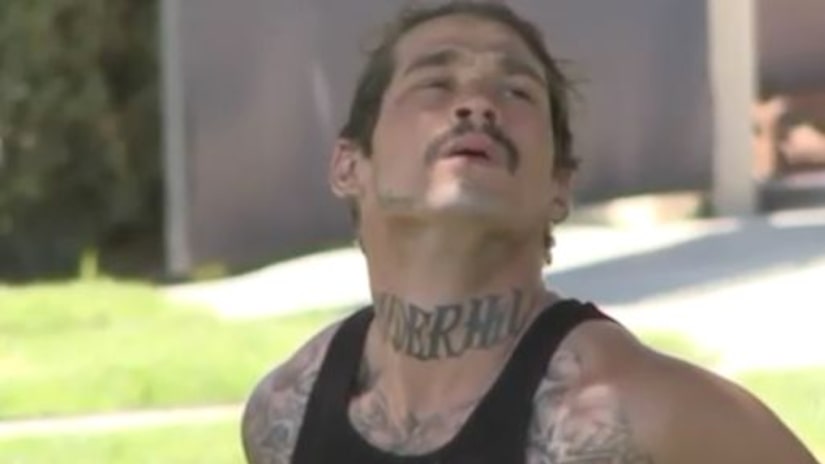 ANAHEIM, Calif. -- (KTLA) -- Police have identified the man accused of assaulting a police officer with cinderblock in Anaheim on Tuesday.

Jarod Adam Fischer, 26, was taken into custody after an extensive search following an officer-involved shooting, police said. The incident occurred about 11:40 a.m. in the 300 block of North State College Boulevard.

An officer was chasing Fischer on foot when he broadcasted over a police radio that he had been assaulted by a deadly weapon and had shot his gun, Sgt. Daron Wyatt told KTLA. Police later said that weapon was a cinderblock.

Wyatt said the man did not appear to be shot when he was later taken into custody.

Fischer allegedly ran into a neighborhood and police began searching for him.

A helicopter was assisting in the search for the man, and was making announcements via speaker to tell residents to stay in their homes. SWAT officers and police dogs were also searching on the ground.