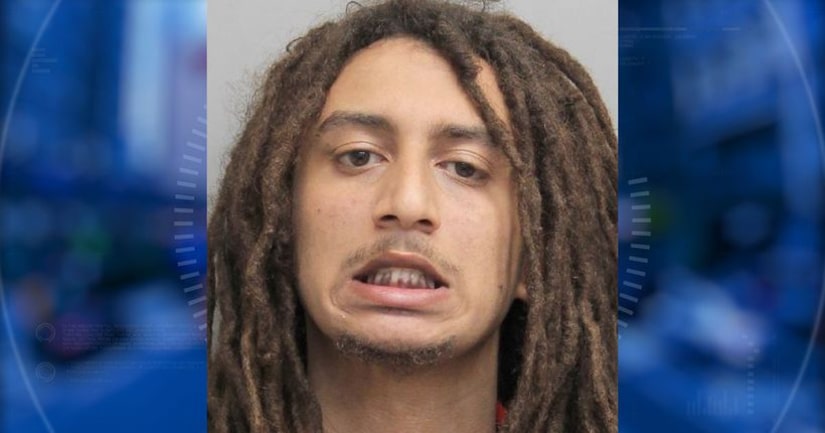 THIBODAUX, La. — A Thibodaux man is behind bars after reportedly stealing multiple items from a store then leading police on a chase with a toddler in the front seat.

According to Thibodaux Police, 21-year-old Tyron Robertson reportedly went into a business the afternoon of April 12 in the 100 block of Glenwild Drive and stole multiple items. When he exited the store with another man and a toddler, store employees followed them and got the license plate number to report to police.

Thibodaux Police spotted the vehicle and tried to stop Robertson at Forty Arpent Road and Frederick Drive. Robertson slowed down, but then sped off, prompting a pursuit in which Robertson's vehicle was disregarding traffic signals, throwing items out of the window and traveling in the opposite lane of traffic.

Robertson eventually stopped the vehicle at Karla Drive and Denise Drive. Robertson refused to comply with the officers' commands and resisted arrest as officers tried to handcuff him. The passenger complied, and the toddler was found in the front seat of the vehicle. The toddler was then given to a family member.