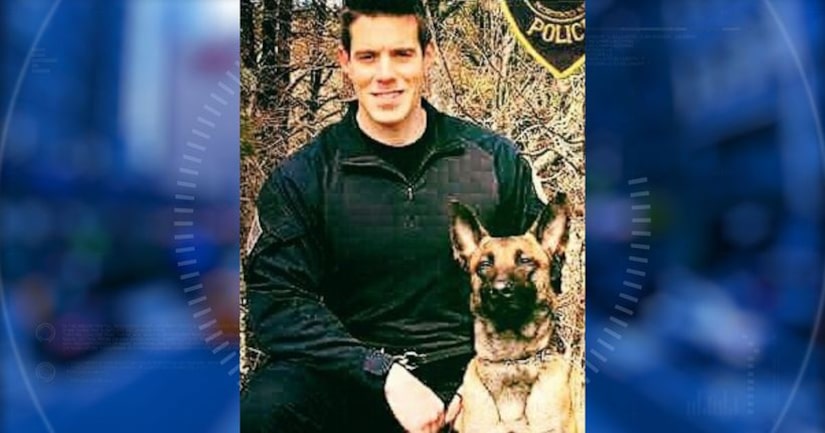 YARMOUTH, Mass. -- (WBZ) -- Nero, the K-9 partner of slain Yarmouth Police Officer Sean Gannon, is recovering well from surgery, according to an update on a GoFundMe page.

Nero underwent surgery on Friday, hours after the police dog was shot and wounded in the same shooting that killed Gannon. The Yarmouth officer, accompanied by Nero, was attempting to serve a warrant in the Marstons Mills village of Barnstable on Thursday afternoon.

On Saturday, an update on Nero's condition was posted to the GoFundMe page “Yarmouth K-9 Officer Sean Gannon.”

“K-9 Nero had a good night and got a lot of rest. He walked outside this morning to go to the bathroom on his own and his surgeon says he is doing better than expected,” the post read.

Prosecutors say Thomas Latanowich, 29, of Somerville, who has a lengthy criminal record, fatally shot Gannon. Latanowich was held without bail after pleading not guilty.