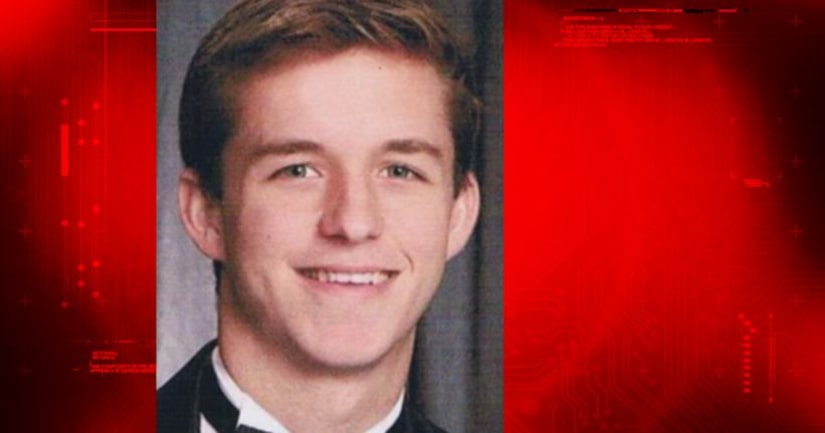 AUSTIN -- (KXAN) -- Lori Brown drove from her hometown of Graham, Texas, on Friday to meet with policy advisers in Gov. Greg Abbott's office about her concerns over Texas knife laws and security on college campuses.

She is the mother of UT Austin student Harrison Brown, who was killed in a stabbing attack on campus in May 2017. She has decided to channel her grief into changing policies and procedures.

"I have nothing to lose. I will not take 'no' for an answer," Brown said. "If something like [the stabbing attack] happens again, I just don't know what I would do."

Kendrex White, 21, is charged with murder and aggravated assault in that stabbing spree. Police say he used a "Bowie- style" hunting knife to stab four male UT students. Harrison was fatally stabbed in the chest.

"Bottom line: It should have never happened that day. It should not have happened. [White] should have not been allowed to have an illegal knife on him and use it to murder somebody," Brown said.

Bowie knives are still illegal to carry on any school campus in Texas. But Texas law HB 1935, which was signed into law a little more than a month after the stabbing, made it legal to carry Bowie knives and other larger knives in more places around the state.

"In my opinion, [HB 1935] totally disregards Harrison and how he died and his murder. It really did feel like a slap in the face," Brown said.

She said her family was shocked and disappointed to hear how much support the bill had from Texas lawmakers.

"I'm hoping to maybe repeal, or amend, or maybe poke some holes into House Bill 1935," Brown said. "In addition to that, I'd also like to see some changes made -- on college campuses, university campuses and with this House Bill -- that prevent knives, Bowie knives, swords, machetes from getting into the wrong hands and coming onto campus."

The original version of the bill (written before the stabbing attack) amends the Texas Educational Code to say that students will be expelled if they use or are found with knives with a blade over 5-and-a-half inches long, hand instruments designed to cut or stab by being thrown, daggers, dirks, stilettos, poniards, Bowie knives, swords or spears. It also simply removed each reference to illegal knives in the Texas Penal Code.

On May 8 it was amended so that all those references to "illegal knife" were substituted with "location-restricted knives." Under the amendments the knives that were previously considered illegal would still be banned from any K-12 or college campus; however, it would no longer be a crime to carry them in the areas not covered in the restrictions.

Other areas where Texans cannot carry these knives include transportation to schools, polling places, courthouses, airports past security screening, racetracks, within 1,000 feet of where an execution is being conducted, bars and restaurants that get more than half their revenue from alcohol sales, sporting events, correctional facilities, hospitals, mental hospitals, amusement parks and places of worship.

"People in Texas really need to be aware of what their representatives are voting for," Brown said. "I just really feel like a lot of people don't realize what that House Bill means."

Brown is worried the Texas legislature will take steps to remove some of those location restrictions on knives in the coming sessions.

The advocacy group Knife Rights, a proponent of HB 1935, said it's not clear yet whether there will be a push to do so.

"On the day that the stabbing happened on the UT campus, the knife that was used by the mentally defective person that used it was illegal to carry anywhere in the state of Texas. So, the law obviously didn't stop this mentally defective person from hurting people and killing a person," Rathner said. "So, there's no law that's going to affect people that are bent on committing horrific crimes."

"If people want to have an effect on crimes committed by mentally defective people, they should focus on the mental health system and figure out ways to keep people like the person who committed this horrific, unspeakable crime off the street," Rathner said.

Rathner said law enforcement groups he's worked with tell him it's more likely for a crime to be committed anywhere in the country with a kitchen knife than any other type of knife.

"So, unless we are prepared to heavily regulate kitchen knives, then we are not going to have any effect on crime," he said.

KXAN asked the Travis County Sheriff's Office about the types of knives they see, and a spokesperson for TCSO said, "Kitchen knives are definitely frequent. We've had everything from hunting knives, to pocket knives to box cutters. I really don't think it would be fair to say kitchen knives are the majority."

Kendrex White told police he purchased the knife he used in the attack several days before. He said he bought it for protection and that the day of the attack was the first time he carried the knife with him.

Officer Eric Park with UTPD said when he arrived on the scene, a student told him there was someone stabbing people. Park then saw White walking to Jester Dormitory and raising a knife at another student. Park drew his taser and asked White to drop the knife.

"He turned his head, saw me, and ignored the student he was headed after and instead went toward the dorm," Park recalled, saying that he again asked White to drop the knife.

"He turned, locked eyes with me, and at that point he decided it was up, and he opened his hand and just let the knife fall. He was quite cooperative. It was unusual. It was very unusual," Park said.

A survivor of that attack, Stuart Bayliss, recounted that he had been stabbed in the back and in the kidney region. The knife narrowly missed both his kidney and spine, but cut many tendons in Bayliss' hands.

Kendrex White recently entered an insanity plea, but in June 2017 he was told by two doctors that he was competent to stand trial. 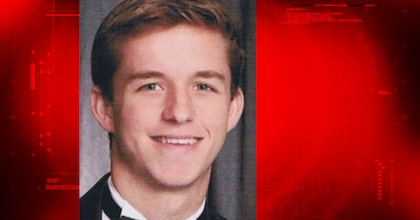 UT victim asked to call his mom as he was dying