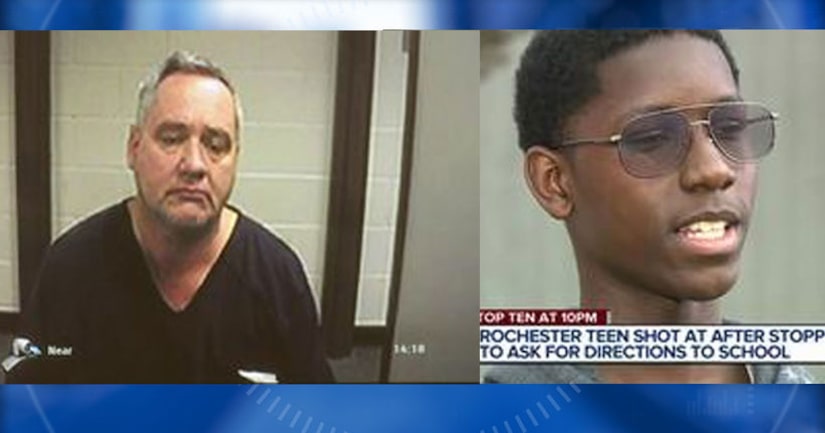 ROCHESTER HILLS, Mich. -- (WXYZ) -- A bond has been set for a man accused of chasing after and shooting at a Rochester teen seeking directions to school.

Jeff Ziegler, a former Lt. in the Detroit Fire Department, was arraigned on felony charges of being in possession of a firearm and assault with intent to murder. His bond was set at $50,000.

According to Assistant Prosecutor Kelly Collins, Ziegler has a previous weapons conviction from 2005.

The judge additionally ordered the Rochester man to not have direct contact with the victim or his family, and to surrender all of his weapons to the Oakland County Sheriff's Department. He must also wear a GPS tether and attend mental health counseling two days a week.

Because the suspect stays within a 10-mile radius of the victim, the judge ordered that if bond is made, he will be required to find another place to live.

When 14-year-old Brennan Walker missed the bus and tried to walk to school Friday morning, he got lost after he couldn't remember the route. That's when Walker attempted to ask for directions at a nearby home.

Zeigler allegedly chased after Walker and fired a shot because he and his wife believed the 14-year-old was attempting to break into their home, according to a press release.

Walker and his mother, Lisa, say the security video from the home shows the woman then yelled for her husband.

"The man of the house came down, pretty much just grabbed the shotgun to shoot at my son," says Lisa Walker.

"I saw it. I saw him holding it like this through the window and I guess I put my hand up, I don't really remember, and I started to run," Brennan Walker says. "I looked back behind me I saw him aiming at me and I turned back. I turned back and I heard the gunshot. And I tried to run faster."

"If someone is running from your house and chase them outside and shoot at them, you're going to have criminal charges coming from us," says Oakland County Sheriff Michael Bouchard.