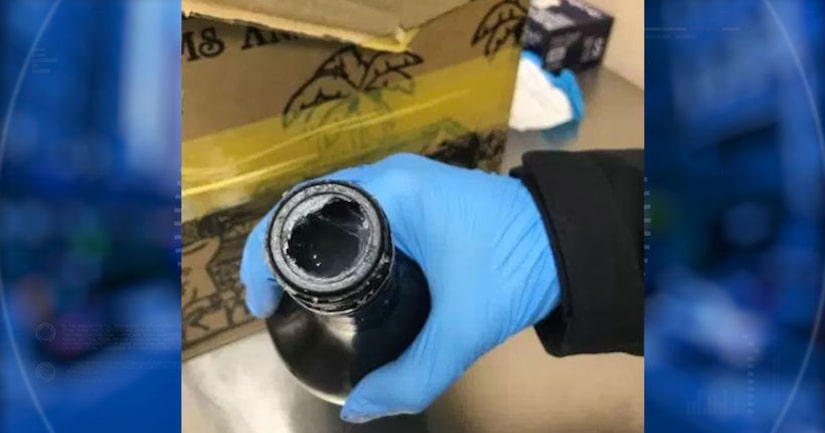 JAMAICA, N.Y. -- (WPIX) -- A woman flying into Kennedy Airport had an unhappy hour after she arrived.

U.S. Customs and Border Protection took Stefisha Miller into custody after they found cocaine-filled Bailey's bottles in a box she had, officials said. Miller, a Jamaican citizen, allegedly smuggled 6 pounds of cocaine worth about $110,000 into the airport.

The cocaine was in plastic bags inside the two alcohol bottles, officials said. Miller is facing federal narcotics smuggling charges. She was turned over to Homeland Security Investigations.

“The smuggling of illicit drugs poses a significant threat to our nation, and CBP does its part in keeping these drugs off our streets,” Acting Director of CBP's New York Field Operations Francis Russo said. “As America's unified border security agency, our employees are determined to protect the public from these substances.”