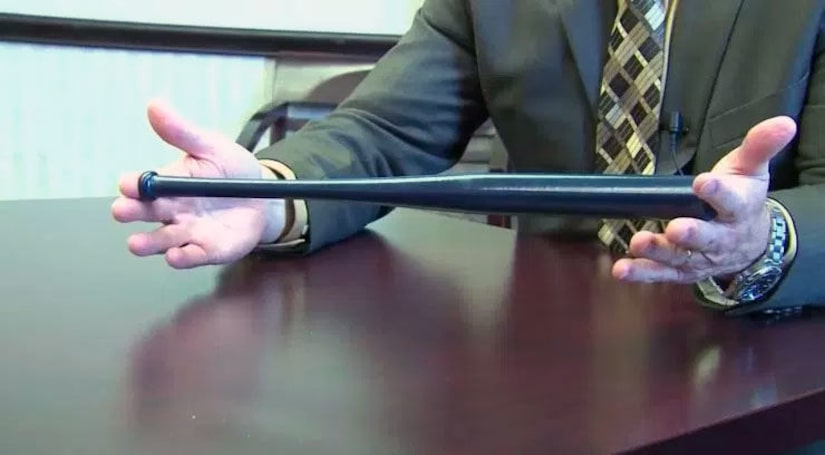 ERIE, Pa. -- (WNEP) -- A Pennsylvania school district has bought hundreds of new baseball bats -- and it's not planning a massive expansion of any sports programs.

The Millcreek Township School District outside Erie distributed the miniature bats to 500 teachers last week as part of a training program on how to deal with school shooters, the Pittsburgh Tribune reports.

Superintendent William Hall says it cost the district around $1,800 to buy 600 16-inch baseball bats, including some that will be placed in offices and other common areas. Hall says the bats are to give teachers a chance to fight back as part of a procedure with the acronym TROJAN: “Threat assessment; run; obstruct and barricade; join forces; attack; and never give up.”

Hall says that while the bats could be a last line of defense, they are meant as a symbolic reminder that fighting back is an option, GoErie reports.

Jon Macchione, president of the Millcreek Education Association teachers' union, says the bats are there “to make people comfortable with the idea that they can attack and not simply go into hard lockdown and just hide, as we'd been told in our training up to this point.”

He says teachers agree with most measures to make schools safer, but the majority of union members are against arming teachers.

“We certainly don't object to a greater presence of armed and certified police officers,” he says. “But teachers are here to teach, not to be in the line of defense that carries weapons.” (Another Pennsylvania school district distributed buckets of rocks.)