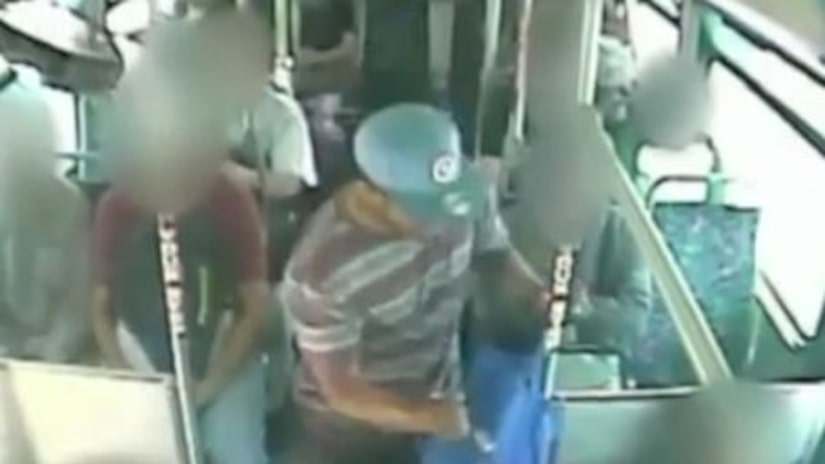 A 27-year old man who allegedly stabbed a passenger on a bus in East Los Angeles. in an incident that was caught on camera earlier this week has been arrested, officials announced Thursday, KTLA reports.

Ortiz was identified with help from the public, officials said. He was treated at a hospital for unknown reasons after the arrest.

EAST LOS ANGELES, Calif. -- (KTLA) -- Officials have released surveillance video showing the moments before a man stabbed another passenger on a public transit bus in East Los Angeles in hopes of identifying the perpetrator.

While the bus was headed west in the 5700 block of Whittier Boulevard, one man suddenly pulled out a knife and stabbed another man several times in his upper torso, deputies said.

In the footage released Tuesday, the suspect can be seen riding the bus while standing in the center aisle, appearing calm until he pulls a blade from his pants and aggressively lunges toward another passenger.