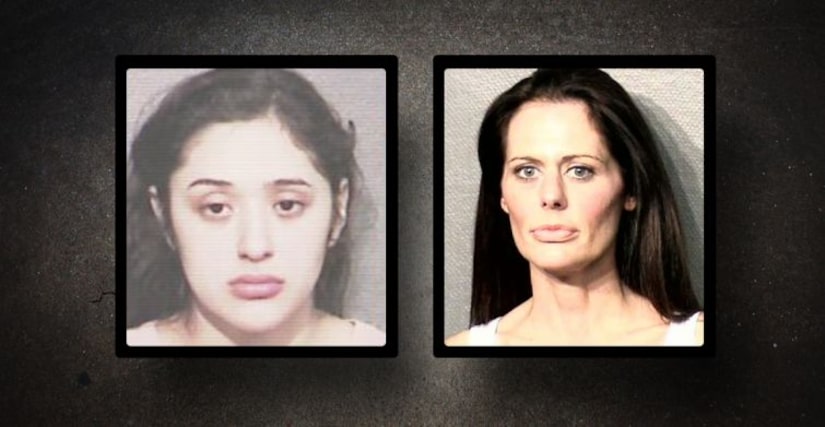 HOUSTON -- (KIAH) -- The Harris County District Attorney's Office has filed new charges against three others who helped contribute to the deaths of a young mother and her 3-month-old son in March, Kim Ogg announced Thursday during a press conference.

Veronica Rivas, 20, was drinking margaritas and tequila with a 17-year-old friend March 1 at the Crescent City Connection Sports & Oyster Bar in Clear Lake before getting behind the wheel, according to court documents. Investigators said Rivas later crashed her car into another vehicle, killing Shayla Joseph, 36, and her baby, Braylon.

The suspect was reportedly going 90 mph in a Lincoln MKX when she rammed into the back of the mother's Toyota Scion.

Rivas was arrested and charged with two counts of intoxication manslaughter. She is expected to be indicted this week, Ogg said.

And now, the bartender Amy Allen, 40; the bar owner's son Devin Jackson, 24; and a third person, John Media, 23, will also be charged.

“One night of reckless partying resulted in a lifetime of loss for Bryan Joseph, who lost his wife and son,” Vehicular Crimes Divison Chief Sean Teare said. “We owe Mr. Joseph, Shayla Joseph and young Braylan justice, and that includes not just holding Veronica Rivas responsible, but every person who had a hand in setting this tragedy in motion.”

Allen is charged with criminal negligence for allegedly letting the underage friends to drink alcohol without checking them for identification. She was arrested Thursday.

Jackson and Medina are both charged with knowingly purchasing and providing alcohol to a minor.

Medina was also charged with aggravated perjury for lying to a grand jury, which carries a penalty of up to 10 years in prison.

The Houston Police Department is still in the process of arresting Jackson and Medina.