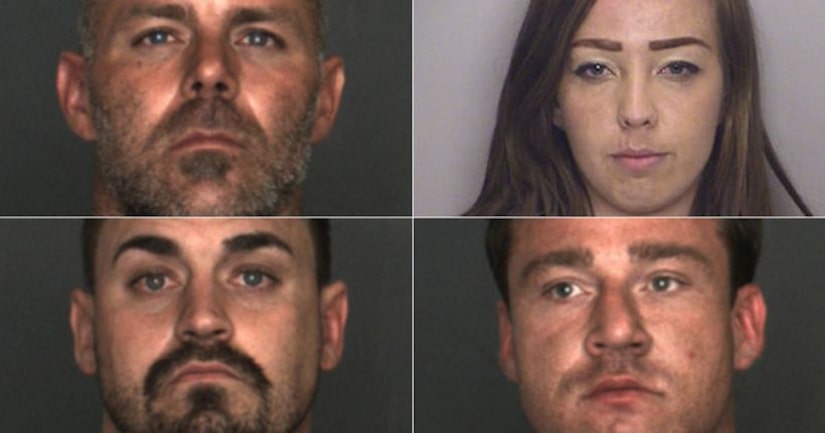 FONTANA, Calif. -- (KTLA) -- Four people have been arrested in connection with allegedly stealing more than $100,000 worth of equipment and property in the Fontana area, police announced Wednesday.

An investigation began about 6 a.m. Tuesday when officials at a business called Tec Equipment reported a burglary.

Responding investigators with the Fontana Police Department discovered that construction equipment, including a black Ford Ranger with business decals on it, had been stolen.

The suspects apparently also used a forklift from the business to load the stolen items into a U-Haul truck, police said.

Investigators were able to track one of the stolen items to a storage facility in Bloomington, where undercover officers set up surveillance.

Four people were seen arriving at the location with the stolen vehicle. They went inside the storage unit that was “jam packed with suspected stolen equipment,” police said. The suspects stayed in the unit for some time and apparently used a saw to try and open a safe that was stolen from the business.