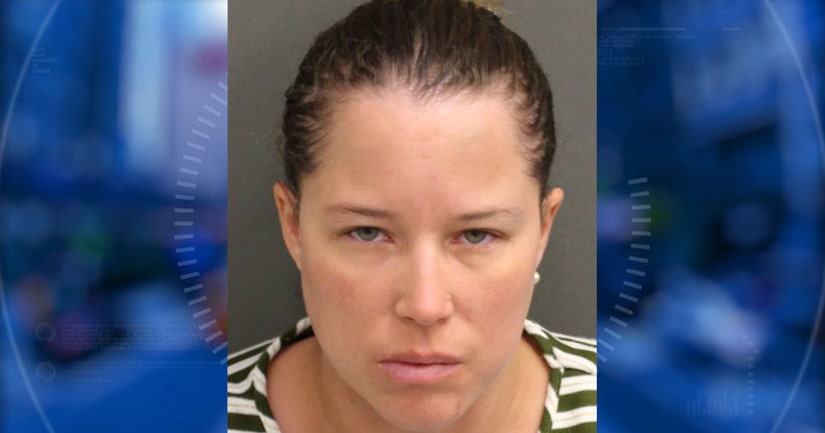 ALTAMONTE SPRINGS, Fla. -- (WKMG) -- An Altamonte Springs woman is accused of setting her ex-boyfriend on fire with a torch Monday, officials with the police department said.

Shivon Perez, 38, is charged with attempted homicide after police said she asked the victim to fix a leaky pipe in her apartment bathroom. As he was lying on the bathroom floor, working on the sink, Perez walked in and started pouring charcoal fluid on the victim, police said.

The victim, identified by his coworker and neighbors as Bradley Atkins, said he didn't notice until he saw a torch in Perez's hands and she said "You are going to pay." He looked down and saw he was on fire, according to the arrest report.

While the victim was trying to put out his burning clothes, he told police Perez was trying to lock the front door to prevent him from leaving. She continued pouring lighter fluid and using the torch to light a fire on the living room floor, according to the report.

Police said Perez had placed boards over all the window's in the one-bedroom apartment. The victim told police he thought that was odd, but she told him it was to keep the light out.

Neighbor Nicole Fader heard the victim screaming after he was set on fire.

"He was just screaming that 'she lit me on fire,' and he ran out to the middle of the road," Fader said.

Atkins' coworkers said he has severe burns over his face and upper body and he may need surgery. They're coming together to help him since he could be in the hospital for weeks.

"Just making sure he's doing OK and trying to get some kind of fund together to help him out since he'll be out of work," Melissa Colgan said. "I went and saw him yesterday. He was in good spirits, he's up he's talking."

A GoFundMe has been created to help pay for Atkins' medical expenses.

Neighbors and coworkers said they saw the warning signs, including regular verbal arguments.

"I've met (Perez) a few times and never really had a good impression of her, and this kind of confirms everything that we all suspected," Colgan said.

"I heard the screaming and which is like a daily thing with them," Fader said.

The Seminole County Fire Department put out the fire at 355 Lakepointe Drive with some help from neighbors, according to the report.

The victim suffered severe burns to his chest, neck, face, arm and one of his hands. He was taken to Orlando Regional Medical Center. Police said Perez appeared fine and went back inside to get her dog before the fire department arrived.

Perez is a registered nurse and her license is active, according to a statement released by a Florida Department of Health spokesperson.