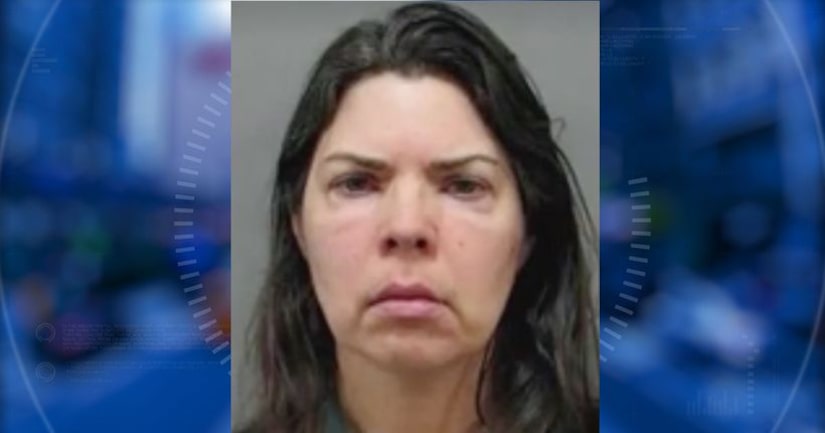 ASPEN HILL, Md. -- (WBFF) -- A mother claims her son with autism required so much care and attention, she felt it best to slice off his head with a bow saw, Montgomery County police allege in a recently filed criminal charging affidavit obtained by ABC7.

As police explain it, on Monday, March 12, an 11-year-old boy returned home from school to find his younger brother crying on the family sofa. His mother, Petrie, was nearby, bouncing in between bouts of laughter and tears.

The 11-year-old boy went upstairs to play video games. A short while later, Petrie reportedly appeared with a bow saw in hand, inquiring as to why her 11-year-old was not doing his homework.

According to the criminal charging affidavit, Petrie raised the razor-sharp saw and chased after her son, eventually pinning him down in a kneeling position. The 46-year-old then allegedly "jammed" the teeth of the saw against the back of her son's neck, "moving it back and forth multiple times."

The boy screamed, fearing his 5-foot-6, 175-pound mother was about to behead him. Somehow the child escaped, grabbing hold of the bow saw in the process. Petrie allegedly called her husband and confessed to attacking their eldest child.

Petrie's husband took his wife to MedStar Montgomery Medical Center in Olney, Maryland, where she reportedly told staff she had felt "overwhelmed" and "was not doing enough to help her children with their autism." Petrie shared personal fears that both of her sons would "grow up to be a burden to society." Consequently, she believed they "needed to die." When staff asked Petrie why she was at the hospital, the 46-year-old allegedly stated she had "tried to kill her kids again."

Investigators trained in child victimization met with the 11-year-old boy. Despite that meeting taking place on March 15 – three days after the alleged incident – authorities noted "several thin lines" and broken skin with “scabbing” on the boy's neck. Red cuts and marks were also visible on his left shoulder, back and left hand. Digital photographs of the wounds were taken and submitted as evidence.

On Tuesday, Petrie appeared via jailhouse video during her bond review in Montgomery County District Court in Rockville, Maryland. John Moffett opted to hold the mother without bond, but suggested he was open to a bond reconsideration hearing should the defense provide additional documents. A date for that reconsideration hearing has not yet been set.