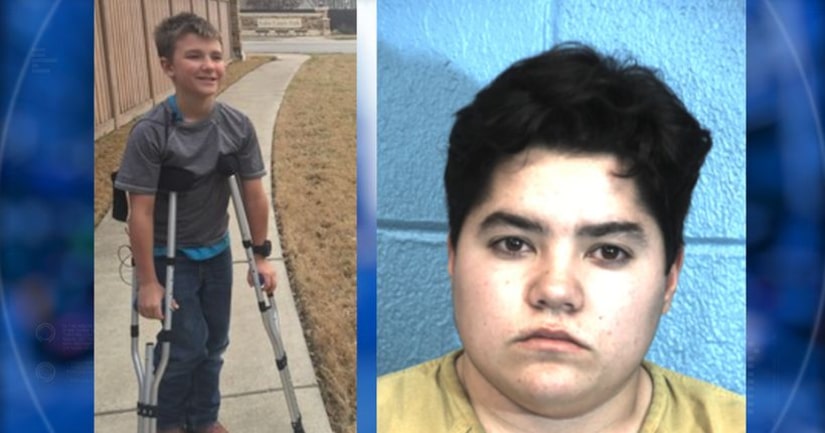 AUSTIN -- (KXAN) -- A driver who is accused of hitting a boy walking home from his northwest Austin school in February and leaving him to crawl a quarter of a mile to his house has been arrested.

Caden Walsh, 10, told KXAN he was walking home along Hymeadow Drive Feb. 9 around 3:30 p.m. when he said a driver went up onto the sidewalk and hit him. "[I was] scared, I really didn't know what was gonna happen, I'd never had an injury at a time that bad," Walsh said. "I haven't ever broken any bones, not nothing."

Police spent the next few weeks searching for the driver. According to the affidavit, there was evidence linking Nicole Helen Miller, 17, and her red Jeep to the incident and the location on the day of the crash.On March 21, police interviewed Miller at Westwood High School. She initially denied knowing about the incident or being familiar with Hymeadow Drive, which is close to her home, according to an affidavit. She later told officers she remembered hitting something, but thought it may have been a small dog or roadkill.

"During questioning, Miller stated that she saw something tan moving around along the side of the road as she drove away but never returned to confirm what it was," the affidavit stated. Miller told officers she had been "very scared" and nervous afterward, and called her dad, but didn't contact emergency services.

Walsh crawled home about 400 yards and had to go to the hospital to receive treatment for his leg wound.

Miller told officers she wanted to apologize to Walsh and his family, according to the affidavit. Miller, who is charged with third-degree felony failure to stop and render aid, was booked into the Williamson County Jail on March 27 and released on a $10,000 bond the following day.

"I'm relieved. It gives us some kind of closure and knowing that person--she's gonna have to pay for what she's done," said Heather Brady, said Walsh's mother. Brady was upset Miller did not come forward despite the news stories and calls from police to help identify the person who hit her son.

Walsh is off crutches now and his stitches have been removed. But she explained that now the fear of her children walking in the neighborhood is with her all the time.

“Every time they go out the door to go to a friend's house the thought goes through my head, 'what if it happens again? What if it's worse this time?'” she said. 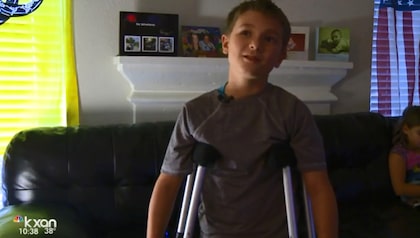