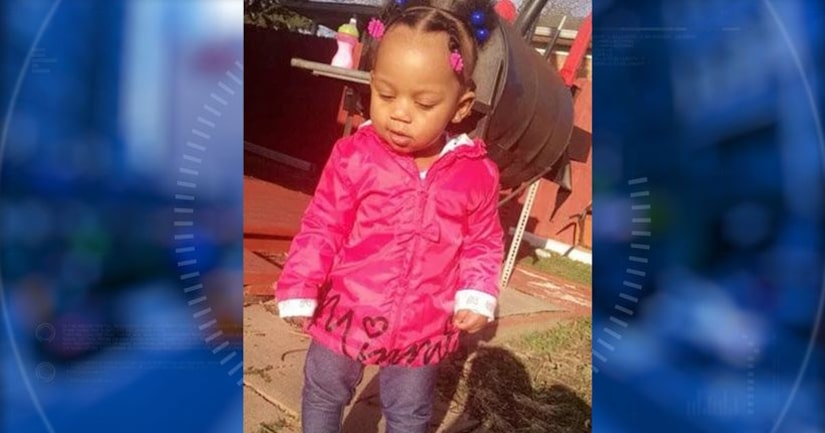 INDIANAPOLIS -- (WXIN) -- Indianapolis Metropolitan police are investigating a shooting that killed a 1-year-old girl and wounded a 19-year-old woman on the east side.

Investigators were called to a residence in the 3500 block of N. Wittfield St. around 2 a.m. Thursday, where they found two gunshot victims: a 19-year-old female, and a 1-year-old child. The two victims were found in the front part of the house, according to police. The 19-year-old was shot in the shoulder.

Investigators believe the two were hit in an apparent drive-by shooting that police say is likely an isolated incident. Police believe the teen is the child's aunt. Family members said the girl's name is Malaysia, and gave FOX59 permission to post this emotional tribute video:

Sgt. Chris Wilburn with IMPD struggled to contain his emotions while discussing the case with reporters Thursday morning.

"I want people to really, really sit and realize where we are. A 1-year-old baby girl lost her life this morning, senselessly. And if that doesn't move you to action, I don't know what can," he said.

“An individual got into whatever mindset and thought it appropriate to fire into a home and target whomever, but a baby girl died this morning,” Wilburn said.

“I apologize for being so raw, but that's where we are this morning. This is a raw scene,” he said. “This is a raw and emotional outpouring of hurt from your police department and first responders.”

Twelve people were inside the residence at the time of the shooting, according to investigators. Most were family members who lived there, but a few may have been guests. The majority of them were in the front room when the shooting happened.

"So what we've been able to glean from our investigation right now from the investigators gathering of the facts and info, there was some kind of dispute this morning [that] originated [and] culminated with shots being fired directly at the resident into the home, striking the female and striking the 1-year-old," Wilburn said.

During a 6 a.m. briefing, Wilburn said local, state and federal resources would be used to investigate the shooting.

“The individual who did this, we will have the force the state and federal law enforcement officers assisting us if you don't turn yourself in. Our children are the most vulnerable and they will not be targeted and they will not be victimized by an act of violence," Wilburn said.

"The reality is we can't do it alone. We don't want to victimize those individuals in the aftermath of this violence. So if you don't come forward, we will have to use the resources that I previously articulated," he said.

He said anyone harboring or protecting the person responsible for the shooting is just as much at fault.