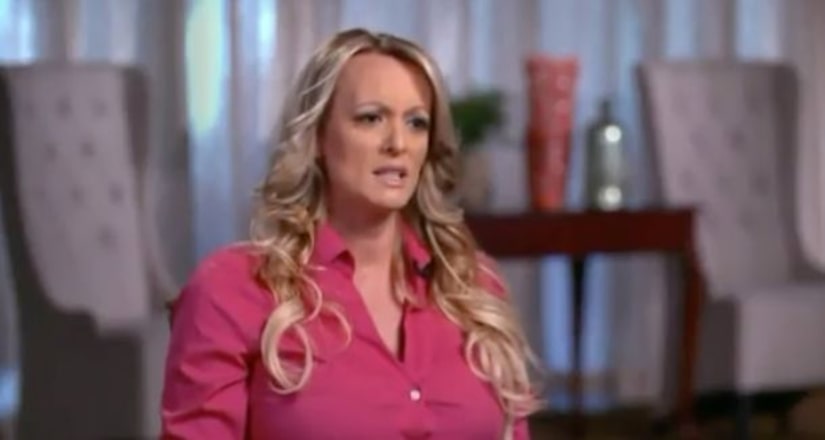 NEW YORK CITY -- (KTLA) -- In her first extended television news interview since the news of her alleged 2006 affair with Donald Trump emerged, adult film actress Stormy Daniels declined to discuss whether she had evidence of the affair and said that she was threatened to stay silent about it.

Risking hefty fines for violating a $130,000 hush agreement, Daniels detailed what she said was the only time she and Trump had sex -- saying she spanked Trump with a magazine and that Trump had compared her to his daughter Ivanka.

She also said she was threatened in Las Vegas in 2011 after attempting to sell her story of the alleged affair.

The "60 Minutes" interview with Anderson Cooper is the most detailed televised account Daniels, whose real name is Stephanie Clifford, has so far offered of the affair she says she had with Trump. She also said Trump told her he and wife Melania, who had just given birth to their son, Barron, slept in separate rooms.

Daniels didn't reveal evidence of the alleged affair with Trump, but continued to hint that she isn't yet revealing all she has.

Asked if she has videos, pictures, emails or text messages that corroborate the affair, Daniels said, "I can't answer that right now."