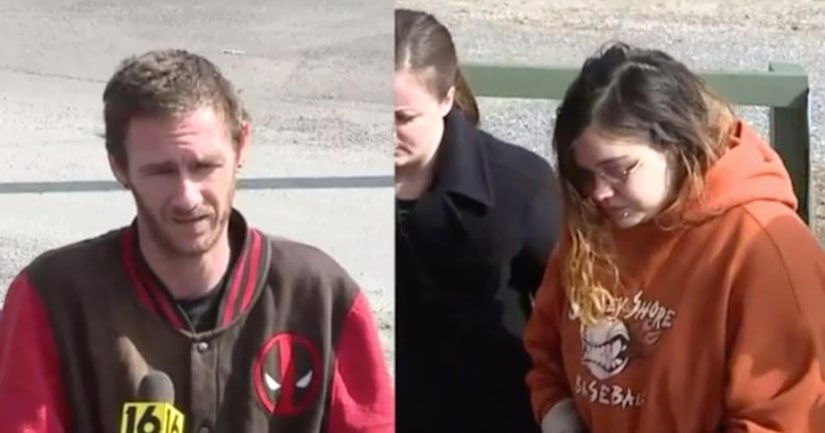 JERSEY SHORE, Pa. -- (WNEP) -- 31-year-old Justin Lawrence and 22-year-old Marissa Smith walked into district court in Jersey Shore to face a charge of endangering the welfare of a child. The two are accused of failing to properly feed their son Bently, who was born in December.

"They're saying that you starved him. Yeah he's fine now but I never starved that kid," Marissa Smith said.

"He wasn't really starved. He had an acid reflux deal when he was born," Justin Lawrence said.

According to investigators, the couple withheld food from the baby for a significant period of time.

"He should have had almost 2.5 cans by the time children and youth finally took custody of the child. They only had a half a can of the formula that was used," Lycoming County Detective William Weber said.

When the couple was told to bring Bently to the hospital, police say they never did.

But Smith and Lawrence do not think they did anything wrong.

"He had a milk allergy and he has acid reflux and they're trying to pin everything on me," Smith said.

So you don't think you're to blame? No, I'm not on none of it. Do you think she's to blame? I'd rather not say," Lawrence said.

After a hospital stay last month Bently was put into foster care. According to police, Marissa Smith fractured the skull of one of her other children back in 2013. She told the court she is pregnant again. Justin Lawrence told the court he has seven children.