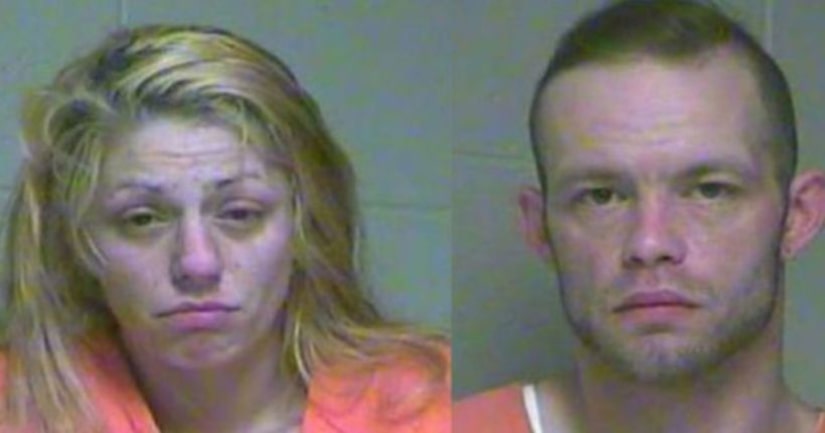 VERSAILLES, Ky. -- (WDKY) -- Versailles police say a couple is behind bars after they discovered twin six-month-old infants underneath garbage bags filled with clothes in the backseat of a vehicle.

An arrest report shows an officer stopped at a gas station on Lexington Road and was alerted to a couple who had been sitting at gas pumps for hours. When the officer talked to the couple inside the vehicle, they mentioned kids.

The officer asked where the children were, and the couple, identified as Christopher Smith and Crystal Cramer of Tennessee, pointed to the backseat of the car, which was filled with garbage bags full of clothes.

Officers began digging through the piles of clothes before locating one of the infants. They eventually found the other infant after more digging.

Police say the two were cold to the touch and their feet and hands were purple. Their clothes were also soaked in urine.

Investigators determined that the two were in extreme danger of suffocation because of the bags, and the couple claimed they would check on them every 50 miles to make sure the bags did not cave in on them.

The infants were placed in protective custody and turned over to the county human resources office.

Smith was charged with wanton endangerment and criminal abuse.