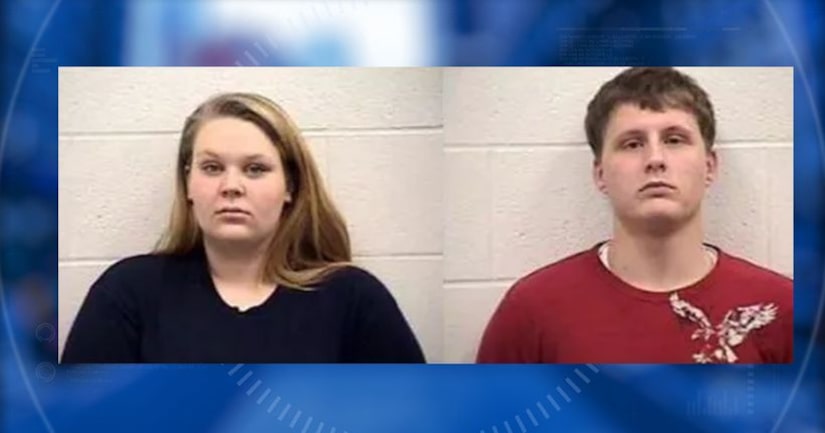 Police began an investigation into suspected child abuse and say they determined that the child was suffering from multiple injuries not consistent with what the baby's parents told police.

The child was transported from St. Elizabeth Hospital in Covington to Cincinnati Children's Hospital where police say he was treated for multiple injuries including 13 rib fractures, an orbital fracture to his left eye, severe retinal hemorrhaging, and a subdural hematoma.

Police say they interviewed the baby's great-grandmother Molly Rich who helps care for the child. She told police that she noticed a knot above the baby's eye but Rich told her it was a broken blood vessel from crying.

The great-grandmother also told police that she believed the baby was in pain while she was caring for him and said that Rich had told her to give the baby NyQuil on a separate occasion.

Police obtained a search warrant for Hensley's phone and found that text messages from the week before between she and Rich had been deleted from the phone.

Hensley denied to police that she deleted those conversations.

Physicians with the Mayerson Center for Safe and Healthy Children at Children's Hospital diagnosed the baby's injuries as symptoms of child abuse.

Doctors told police that the 13 rib fractures were in various stages of healing, one of which was less than 10 days old.

The baby is expected to have developmental delays, doctors say, due to the subdural hematoma and other injuries he suffered.