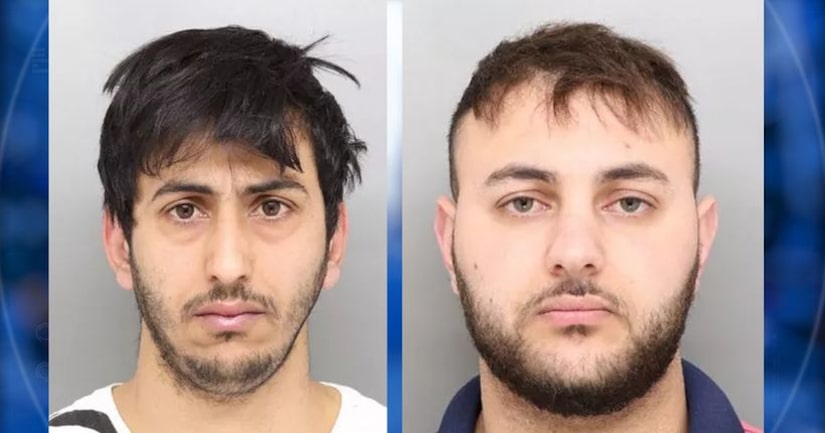 CINCINNATI -- (WXIX) -- Two men are under arrest on charges they lured an underage girl to a hotel, gave her alcohol, and tried to solicit sex from her.

One of them, Mohammed Jagameh, 29, met the 13-year-old girl on the online dating app Plenty of Fish, according to the Hamilton County Sheriff's Office.

The girl, a runaway from Toledo, refused and then alerted a hotel clerk she needed help, so the clerk called 911, according to a recording of the call released to FOX19 NOW early Thursday.

"I have a guest that's in the room, and she is a minor. And she says she's feeling unsafe because there's two gentlemen that brought her here, and she's afraid," the clerk told a dispatcher, according to the recording.

Both men are held at the Hamilton County Justice Center on charges of importuning and interference with custody of an underage person, court records show. They each gave investigators a "verbal admission," according to criminal complaints.