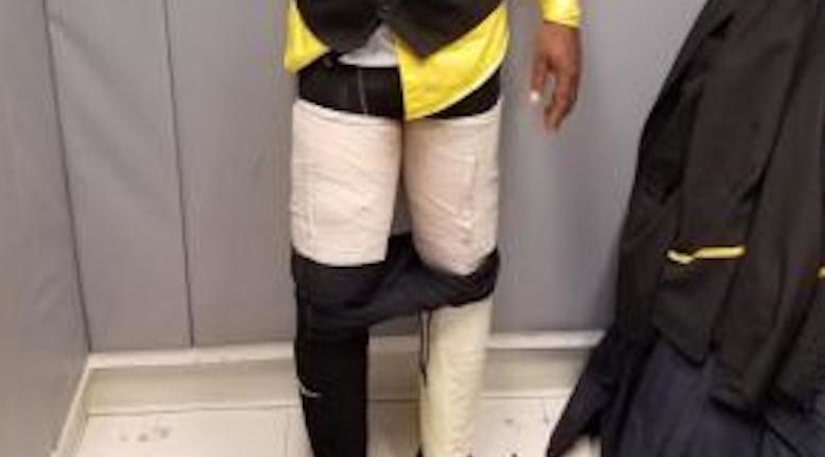 QUEENS, N.Y. -- (WPIX) -- A Fly Jamaica Airways crew member was caught at Kennedy Airport with $160,000 worth of cocaine taped to his legs, officials said.

Hugh Hall was arrested on March 17 after Customs and Border Protection officers found four packages of cocaine under his pants, a CBP spokesperson said. He allegedly had about nine pounds of cocaine taped to his legs.

“This seizure is another example of our CBP officers being ever vigilant in protecting the United States from the distribution of illicit drugs,” Acting Director of CBP's New York Field Operations Leon Hayward said.