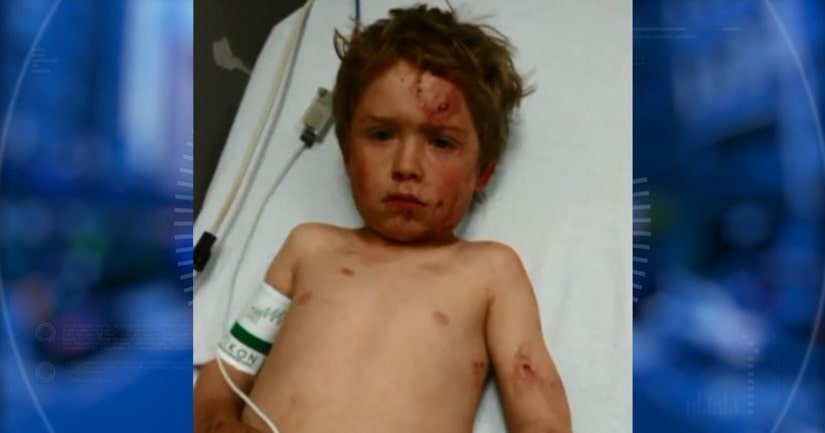 OKLAHOMA CITY -- (KFOR) -- The mother of a 5-year-old said her son was almost killed when her neighbor's dog jumped the fence and attached her boy.

"He could have killed my son. He was a fraction of an inch away from puncturing his jugular veins," said Christina Stahler. "It looked like he had just been dumped by red paint."

The boy was rushed to OU Children's Hospital where his cuts and bruises were treated. The child received eight stitches.

Neighbors were there to help save the child and said the dog has attacked other residents in the neighborhood.

Animal Control was called; the dog is now confined to the house. If it comes out, it must be on a leash.

We tried to talk to the dog's owners. Their child said they weren't home.

"That dog is very vicious. It needs to be put down before it hurts someone seriously," said Betty Wooden, area resident. "There are a lot of kids in this trailer park that run around, so something needs to be done."

"I don't blame the dog. We've owned pitbulls, and we have three strays here that are super friendly. The responsibility of the dog's actions lay on the owners," Stahler said. "The dog needs to be euthanized. This has happened before. I don't believe there is any rehab for the dog. I don't want to see this happening to someone else's kids."

News 4 talked to Animal Control; they said the dog's scheduled to be picked up Tuesday. It will be held at their facility until a judge rules on its future.

FULL STORY: 'He could have killed my son,' 5-year-old Oklahoma boy mauled by dog - KFOR