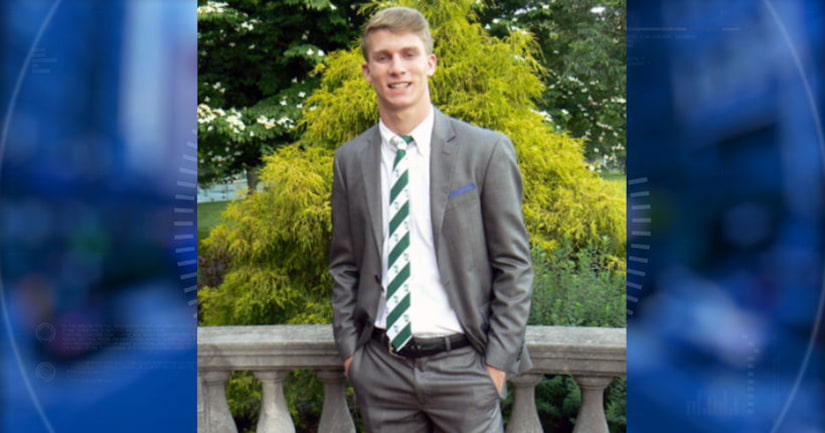 PHILADELPHIA -- (WPMT) -- Authorities in Bermuda have confirmed the death of a 19-year-old St. Joseph's University student who went missing over the weekend.

Howard said foul play has not been ruled out and forensic officers are examining the scene where the body was found.

Dombroski, a freshman at Saint Joseph's University in Philadelphia, was a member of the rugby team and was on the island to compete in the 2018 Ariel Re Bermuda International 7s Rugby Tournament.

The tournament ended on Saturday. According to police, “It then appears that Mark along with friends and family went out to socialize.”

According to police, Dombroski was last seen by his family and friends just after midnight Sunday at a restaurant called The Dog House.

Police were notified of Dombroski's disappearance at 9:39 a.m. Sunday and Howard said police “within an hour mobilized officers to commence looking through CCTV and checking for the young man.”

Police confirmed that “CCTV footage indicates that Mark was seen alone at 1:09 a.m. Sunday, March 18, walking east along Front Street just past the junction with King Street. He was wearing a green T-shirt, khaki pants and black shoes. He appeared to be using a cellphone device.”

Bermuda Police Services are asking anyone with information to contact police headquarters.

The Associated Press reports Detective Sgt. Jason Smith said there's no evidence Dombroski was drunk, or that alcohol played a role in his disappearance.

Lisa Dombroski speculated her son, who had hurt his shoulder in a game that day and wasn't feeling well, had simply wanted to call it a night. She said the surveillance footage showed him favoring his arm, the AP reports.