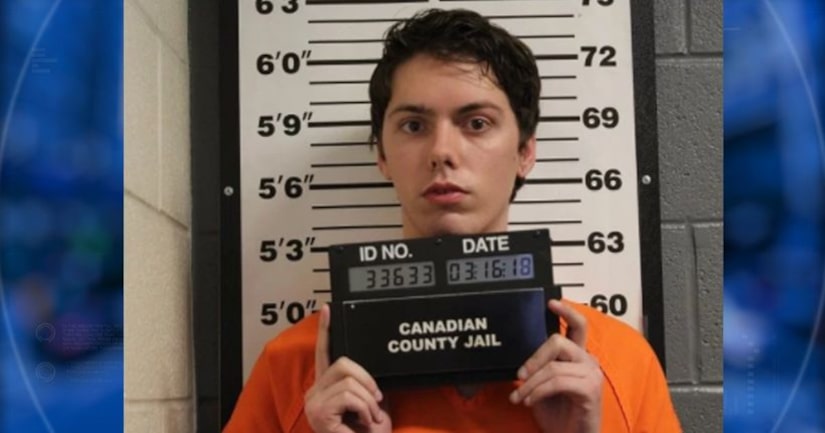 CANADIAN COUNTY, Okla. -- (KFOR) -- A man has been arrested after arranging an Uber to take who he thought was a 14-year-old girl to his grandparents' house for sex.

The investigation into Kilgore began on Wednesday, when he told an undercover investigator with the sheriff's office “he would like to hook up for sex” – thinking he was talking to the 14-year-old girl. Using social media, Kilgore also said “he would like to have group sex including the girl and one of his friends.”

Officials said, since Kilgore doesn't have a vehicle, he arranged for Uber to pick up the 14-year-old girl in Canadian County and drive her to his home in southwest Oklahoma City, where he lived with his grandparents, who were asleep in their bedroom. Kilgore told the girl “she should tell his grandparents she was 18 if they woke up and asked how old she was.”

“Kilgore was well aware that what he was doing was illegal, but his sick sexual fantasy to have sex with a little girl pushed him to having an Uber driver deliver her to him,” said Chris West, Canadian County sheriff.

Officials responded to the pickup location and met with the Uber driver. The driver agreed to help and then took an undercover, female deputy to Kilgore's home.

Officials followed the driver and found Kilgore “anxiously awaiting the underage girl in the front yard.” He was interviewed at the scene and taken into custody.

Kilgore admitted talking to who he thought was the 14-year-old girl and planning “to have sexual intercourse with her.” He was arrested and taken to the Canadian County Jail for facilitating sexual conduct with a minor by use of technology.