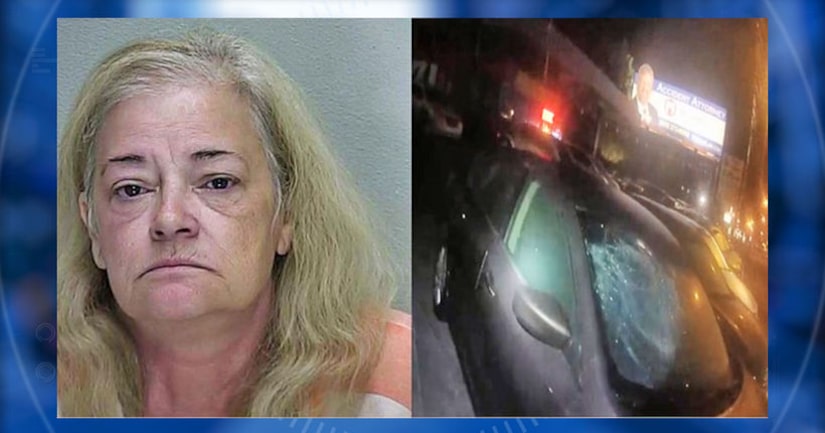 MARION COUNTY, Fla. -- (WKMG) -- A woman was arrested after she broke into a vehicle at a car dealership to sleep, then set the car on fire with a cigarette as she was locked inside, deputies say.

Video shows Dolores Graham, 62, being removed from a vehicle outside a car dealership on South Pine Avenue.

Deputies say they were called to the dealership on reports of a suspicious incident. When they arrived, they found Graham inside of one of the dealership's vehicles, deputies said. The front windshield of the car was shattered, the video shows.

Graham told deputies that she broke into one of the vehicles on the lot to sleep and locked herself inside. She said she then tossed a cigarette under the front seat of the car, which caused it to start on fire. Graham claims she couldn't get out of the car, so she began to smash out the front windshield with her hands and feet, according to a Facebook post by the Marion County Sheriff's Office.

Deputies were able to show her how to exit the vehicle, and she was removed, the video shows. They then used a fire extinguisher to put out the flames, according to the post.

Graham was transported to the Marion County Jail on charges of burglary of an unoccupied structure and felony criminal mischief.