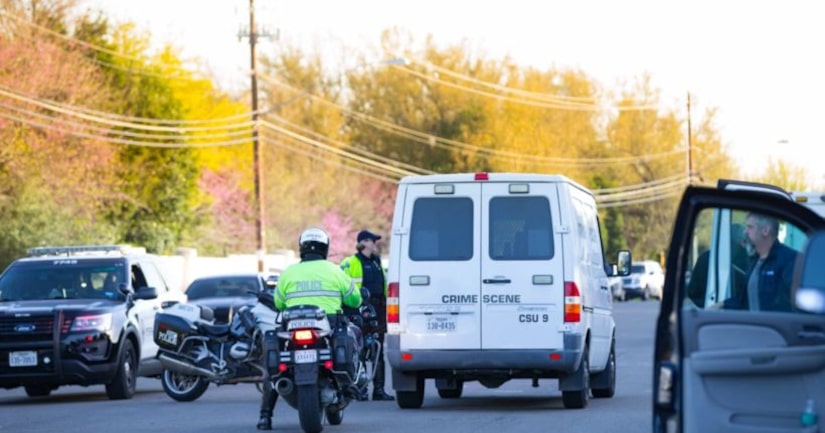 AUSTIN -- (KTLA) -- Austin police just confirmed what residents have feared for weeks -- a suspected serial bomber is on the loose.

For the fourth time this month, a device exploded on Austin residents. What makes Sunday night's blast especially terrifying is that the device was left on the side of a residential road, Austin Police Chief Brian Manley said Monday.

Investigators have found similarities between that device and three previous bombs, which were stuffed inside packages and left on residents' doorsteps, the police chief said.

"We are clearly dealing with what we expect to be a serial bomber at this point," Manley said.

Timeline of the bombings

And unlike the victims of the previous blasts, the two men injured in Sunday's explosion are white, Austin police said. Both men are expected to recover.

"The use of a tripwire is far less discriminating than leaving parcel bombs at residences and suggests that the latest victims were not specifically targeted," said Stratfor Threat Lens, a global think tank.

"The device's success, despite significantly different design, further suggests that the bombmaker behind these attacks is an accomplished one, and has likely to have received some training, perhaps as a military or police explosive ordnance disposal technician."

The circumstances of Sunday's blast were different from previous explosions, the police chief said.

"We're not believing that this was similar to previous ones, as in packages left on doorsteps. But instead, this was some type of suspicious package that was left on the side of the road, that detonated and injured these two men," Manley said.

The latest explosion comes less than a week after police said three previous package explosions -- in a span of 10 days -- were connected. Those explosions killed a man and a teenager, and injured two others.

The victims in those three explosions were African-American or Hispanic. Police have not yet discovered a motive, but have not ruled out the possibility those bombings could be hate crimes.

Police are working under the belief that the explosions are related. Manley said they'll get a better idea with a post-blast analysis and examination of the device components.

In the meantime, Manley told residents not to touch or go near anything that looks suspicious.

"We now need the community to have an extra level of vigilance and pay attention to any suspicious device -- whether it be a package or a bag, a backpack -- anything that looks out of place," Manley said Monday. "Do not approach items like that.