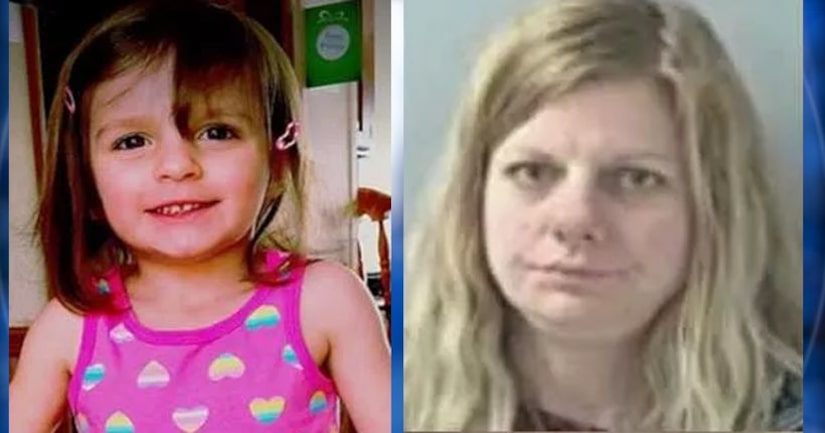 HAMILTON, Ohio -- (WXIX) -- A woman who is accused of assaulting a 3-year-old girl was indicted by a Butler County grand jury Thursday on charges of child endangering and felonious assault.

Lindsay Partin, 35, of Hanover Township, posted a $30,000 cash bond and was released from jail on Monday.

Partin called 911 and told a dispatcher that Hannah was unconscious shortly after her father dropped her off about 7 a.m.

First responders found her unresponsive, with labored breathing and obvious bruises about her head and face, the sheriff's office said in a prepared statement.

Hannah was taken from the home to Fort Hamilton Hospital and then flown to Cincinnati Children's Hospital Medical Center, where she remains in critical condition with life threatening injuries.

After further investigation, detectives and hospital personnel noted additional bruising on her body.

Partin admitted to striking the child and stated she had fallen and struck her head on the concrete garage floor the previous day, sheriff's officials said.