OKLAHOMA CITY -- (KFOR) -- A man accused of murdering his 7-month-old son has now been charged in the crime.

Officials say it all started Feb.19 when they responded to a report of a domestic assault in the 1500 block of Lakecrest Drive.

Officers determined that 31-year-old Victor Manuel Minjarez violently attacked the mother of his child, and then fled the home with their son, 7-month-old Jody Minjarez.

On Feb.23, the child's mother obtained an emergency Victim Protective Order that ordered Jody to be returned to her.

Victor Minjarez later sent a text message to a friend, telling her to tell the child's mother that she would never see her son again.

Later that afternoon, authorities canceled the Amber Alert, saying Victor Minjarez was arrested at a vacant home in the 3000 block of Venice Blvd. in Oklahoma City.

A short time later, police said they found the body of Jody Minjarez in a trashcan outside of the home.

In a probable cause affidavit, Minjarez claimed that he put the infant on a mattress near a heater and woke up to find the child covered in blisters and choking. He claimed that he performed CPR, but the baby died.

Minjarez says the child died about a week before he was arrested.

“Minjarez stated the victim remained in the trash bags inside the trash can for one week until he was arrested on this day and [victim] was located. Minjarez said he did not call 911 or seek medical help for the [victim] because he knew he was wanted by the Police,” the affidavit states.

Despite what Minjarez says happened to his son, the Oklahoma State Medical Examiner's Office says the boy's body tells a different story.

The medical examiner says the cause of death to the child is blunt force trauma of the head and has ruled a homicide. 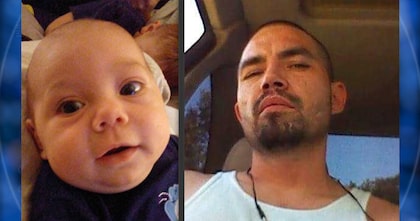 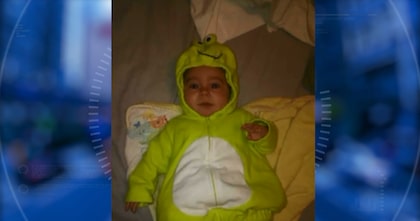 Dad charged for murder after body of baby found