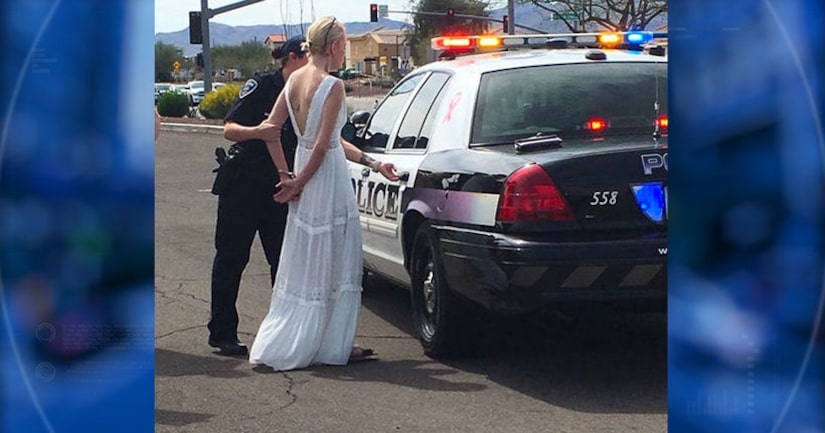 MARANA, Ariz. -- (KNXV) -- Marana police say a bride-to-be was taken into custody on Monday morning for driving under the influence.

Around 10:30 a.m., officers responded to the intersection of Orange Grove and Thornydale roads for a report of a three-car collision.

Police say 32-year-old Amber Young was on her way to her wedding and was arrested for DUI.

One person was also transported to the hospital for minor injuries, police said.

Marana Police Sgt. Chriswell Scott tweeted: "A driver was arrested for DUI this AM while driving to her wedding. @MaranaPD officers arrived at OG/Thornydale at approx 1030 reference a three vehicle collision. One person was transported with minor injuries. Don't drive impaired, till death do we part doesn't need any help."