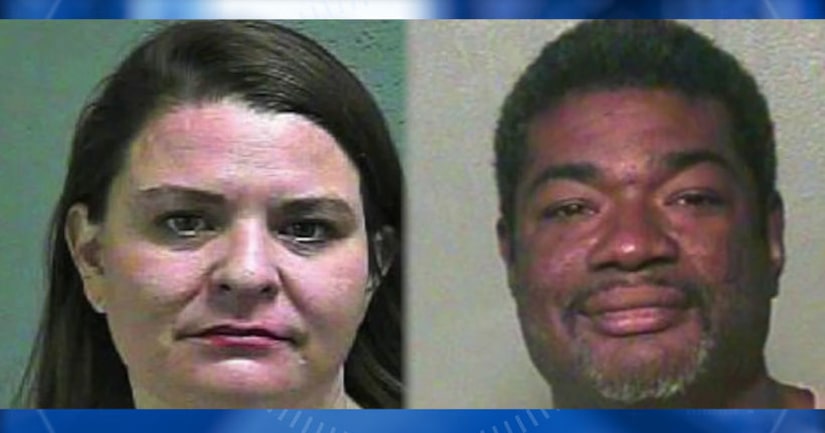 OKLAHOMA CITY -- (KFOR) -- Authorities say one-half of a couple accused of being a part of a prostitution ring is behind bars.

On Thursday, officials announced that warrants had been issued for a man police say is “one of the most well-known pimps in Oklahoma City at one time,” 45-year-old Germaine Coulter, and one of his main alleged prostitutes, 35-year-old Elizabeth Andrade.

Police said the two have been recruiting Edmond Santa Fe students to work for them from the inside.

According to court documents, police learned of their plan after arresting Andrade in a prostitution sting. When she was arrested, they discovered alarming photos of young girls on her cellphone. Some of those photos included two teenage Santa Fe students.

“He lures them in with jewelry, getting their nails done, buying them clothes, putting them into nice cars,” Brian Bates, who exposes prostitution in Oklahoma City, said.

Andrade is currently on probation, and Coulter was recently released from jail.

On Friday, Oklahoma City police announced that Germaine Coulter was taken into custody.

Officials say Coulter was arrested by officers with the Wichita Police Department in Kansas on Thursday. However, they say Elizabeth Andrade is still on the run.

If you have any information about Andrade's whereabouts, call CrimeStoppers at (405) 235-7300.

FULL STORY: One arrested, one on the run accused of targeting Edmond students in prostitution ring - KFOR