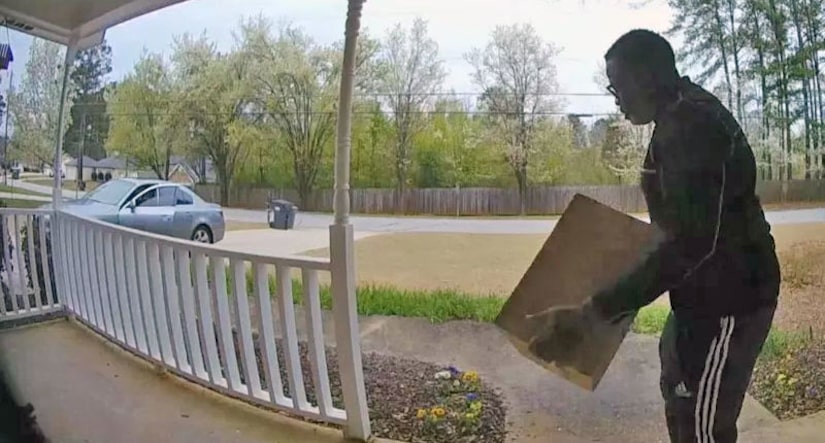 CONYERS, Ga. -- (WGCL) -- A man driving a BMW casually pulled up to a house in a neighborhood just south of Conyers Monday. The doorbell camera detected his motion and sent an alert to the homeowner's cellphone.

She pulled up the video just in time to see the man grabbing her Macy's package from the porch. Inside the box was more than $500 worth of clothes.

In the commercials, the bad guy always gets scared away when someone spots him on camera, and addresses to him through the doorbell speaker. But in this real-life situation, the trespasser couldn't care less that he was being watched.

As he took the package, the woman called out to him, "You're on camera taking that."

In the video, he's seen turning his head in acknowledgment, but he keeps on walking and says nothing.

A minute after pulling up, he put the package in the backseat of his luxury sedan and drove away.

"I think he can afford a lot more things than I can driving a BMW."

As of Friday, the Newton County Sheriff was still looking for the guy.

He's seen in the video with glasses, a white beard, and he was dressed in stylish athletic gear. Investigators want you to pay special attention to his blue sneakers with fluorescent laces.