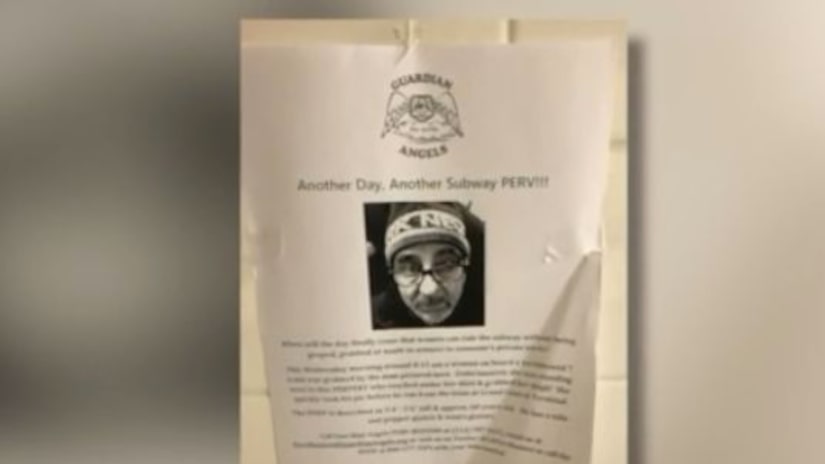 NEW YORK CITY -- (WPIX) -- The “Perv Busters” are combating a pervasive problem on the subway system and throughout the city.

They are an all-female branch of the well known Guardian Angels, founded by Curtis Sliwa. The Perv Busters go around putting up posters of people wanted for sex-related crimes like flashing, groping and rape on the subway.

With the recent rise in sex crimes, the Perv Busters have redoubled their efforts.

So far this year the city is getting safer by most measures; however, reports of misdemeanor sex crimes are up 10 percent, and reports of rapes are up 14 percent.

“So what we want to do is turn the hunter into the hunted,” Sliwa said.

The problem with the posters is that the MTA keeps taking them down.

“Because it implies we have a crime problem that's out of control,” Sliwa said. “Well guess what MTA, 'money taking agency,' not only do you suck in terms of your on time performance, but yes, you've become a sanctuary for perverts.”